National Plan for Music Education: ‘A once in a decade opportunity’

Will the Government’s new plan satisfy the sector and solve the shortcomings of music education? 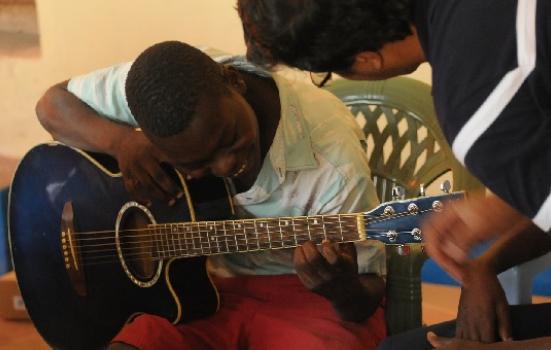 Should music education be available until age 25?

A reboot of The National Plan for Music Education is “a once in a decade opportunity,” according to the music sector.

UK Music and other music associations have welcomed consultation on the plan as a chance to address the decline in music education in state schools. Over the past five years, the proportion of students taking music GCSE has dropped by nearly 20% while the proportion studying music A levels has fallen by 30%. In some of the country’s most deprived areas, no students were taking music A levels at all in 2018.

She added: “Music Education Hubs should be empowered to focus on musical, educational, social and health and wellbeing outcomes rather than just outputs.”

UK Music CEO Tom Kiehl said the consultation is "a once in a lifetime opportunity to fix music education". The call for evidence closes on 13 March.

The new plan’s effectiveness will depend on its implementation. A Model Music Curriculum is still being developed by ABRSM, despite protestations that the exam board lacks experience teaching music in schools.

The Department for Education (DfE) delayed the release of the new curriculum after rejecting ABRSM’s first attempt for not meeting the “required quality”.

A DfE spokesperson said the National Plan for Music Education is not a replacement for the Model Music Curriculum but did not answer questions about whether it is intended to support the curriculum’s development.

The finding, from a survey by the Incorporated Society of Musicians (ISM), highlights another issue that could hamper the success of the refreshed National Plan – money.

ISM found music teachers’ rates have failed to keep pace with the rising cost of living. Respondents said they were unable to raise their fees because families too were struggling.

One respondent said: “I have to do quite a lot of unpaid work as school cannot afford to pay me for all the work I do. This is usually accompanying choirs/concerts/exam but also some teaching.”