Nick Anderson, Programme Producer at The Sick of the Fringe, looks back on the people who have inspired and shaped his career. 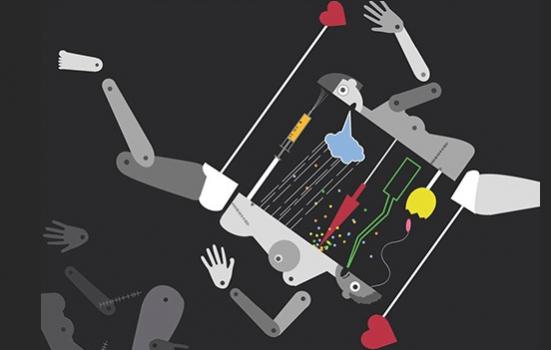 When I’ve gone to talks or performances by Jess, something thoroughly powerful always happens. Jess speaks and embodies a simultaneously rigorous and simple clarity of reasoning. Often speaking about access, visibility and progress of difference, Jess always galvanises a room of people to unequivocally get on board. It’s a remarkable skill and I jump at any opportunity to listen and learn from Jess and her team’s work.

The recent work Jess and Battersea Arts Centre have done, and are still doing, in developing relaxed venues as standard practice is a great case in point here.

I’d thoroughly recommend that everyone go and read the information provided around the recent Festival of Rest and Resistance.

Avalon Emerson, for those who don’t know, is a DJ and musician from California based in Berlin. She strikes me as the kind of contemporary visionary who also works without blasting ego. A DJ and a musician who is leading the great wave of visibility of incredible female-identifying DJs in a classically male-dominated scene. Her tunes are absolutely pounding; they’re also super textured, smart, complex and fun.

Emerson speaks about the art of DJing as a practice and performance to be enjoyed. When watching her it’s clear she leads with that kind of enthusiasm and passion, rather than the posturing which is often displayed by other DJs. Which, to be honest, makes her even more cool!

Slightly awkward, this one, seeing as Rosana is basically my best pal. Rosana: I haven’t clocked you as a guru before… I hope this comes as a comfortable surprise.

Rosana’s work superbly exemplifies (amongst other things) the complexity of public intimacy, care, difference and vulnerability. Something I massively admire, and am inspired by, is her capacity to find such continuity between her personal manner and the inquiries of her work. She has a skill and capacity for being non-judgmental about people and different opinions. In some ways I think I regularly cite Rosana in my mind as a sort of moral compass. As her friend I can lean on that, and I feel anyone who looks at or engages with her work will be able to do that easily too!

I’m quite guilty of hyperbole when I’m getting excited about/remembering artists and musicians I love. I often use a phrase to help me state it clearly, which is: ‘hold me over a cliff and ask me my three favourite artists and I’m definitely mentioning Arthur Russell’.

He sadly died in his 40s, but whilst living and working he made a relentless pursuit of new fields, craft and form - from country to disco. I don’t see myself ever stopping listening to Arthur Russell, which I think is something to do with his back catalogue having shifted and grown up around him. I used to love some of his albums, and now I’m a bit older the ones which didn’t make much sense to me before completely make sense now. I hope this constant shift continues.

With sadness, I consider what he would have continued to make and discover had he lived longer.

Death Grips are an industrial rap and hardcore metal band from New York. Their attitude and sound speak of police brutality, race and pain. I often think of them as ‘the sound of pain’ and I find their music a deeply cathartic process of listening and release.

Never to be bound by conventions of music PR and strategised releases, they completely play by their own rules and often announce and release their new albums without any warning. It’s a wild ride listening to their astounding back catalogue.

Their distrust of power and governance often make me think of a quote from somewhere I heard once: ‘Are you hacking the system or is the system hacking you?’

Nick Anderson is Programme Producer at The Sick of the Fringe.

He is roughly 6ft tall, of medium build, with a mixed Scottish accent of east and west coast, and his hair is shaved in some places and long and wavy in other parts.