Sheila McGregor takes us through the steps of her career in the visual arts, which led her to the new frontier that is Axisweb. 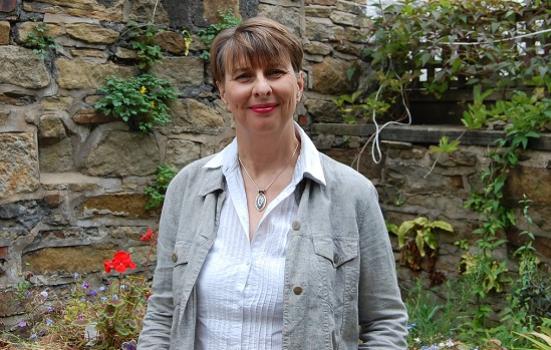 When I saw an advertisement for this post at the end of 2008, I didn't immediately think "Oh, that's for me", because I didn't know much about web technology. But I knew that Axisweb was a well-respected platform for contemporary artists and I could see that the web represented something of a new frontier. We’re really still in the early stages of discovering how it can be used to present and mediate art, and that’s a fascinating place to be. In the work we do it's the art that matters above all else. But it's the technology that enables us to reach a wide international audience and broker the connections that benefit the nearly 2,000 artists and art professionals we represent.

Before joining Axisweb I was freelance for several years, having given up my previous job to move with my family from Birmingham to Sheffield. It's perhaps not a bad thing to be thrown on your own resources from time to time. I carried out all sorts of projects, from evaluating Tate's partnership with regional galleries to assessing grant applications for the Heritage Lottery Fund. I also did a lot of work in the education sector, as this period represented the high watermark of the last Labour government's investment in creative education. Sheffield itself is a well-kept secret, with its hills, woods and dramatic views. It also has a thriving artists' community, which I came to know well as Chair of Sheffield Contemporary Art Forum for about six years. The strengthening of the arts (and wider) economy in the north of England is something I continue to feel strongly about and campaign for.

For a period in the 1990s I was part of the team, led by Peter Jenkinson, that developed The New Art Gallery, with £21m from the Arts Lottery and Europe. To see that building rise from a vast hole in the ground to an elegant, five-storey tower was a once-in-a-lifetime experience. And I learned such a lot from Peter, who combined (and still does) amazing good humour and energy with a visionary commitment to public access and involvement. It was one of those jobs where you did everything, from writing the permanent collection catalogue to managing the front-of-house regime. But the groundswell of support from local people made it continually rewarding.

I joined the curatorial team at BMAG just after I'd had my first child. Looking back, I suspect I was permanently exhausted. But as an art historian I was delighted to be working with a good collection and excited about the potential for collaboration with other arts organisations in the city, especially the pioneering Ikon Gallery. I developed a close relationship with Birmingham's architectural conservation team and led several guided tours around the city's 20th century buildings. Thanks partly to our efforts, the Brutalist signal box outside New Street Station was eventually listed. I often muse on that fact when I pass it on the train. I also served for several years on the board of Craftspace, whose Director Deirdre Figueiredo has now repaid the compliment by joining the board of Axisweb.

The Regional Arts Board part-funded this post, which I approached with missionary fervour, determined to convert the citizens of Worcester to the pleasures and challenges of contemporary art. At times it was a struggle. I'll never forget the Polish installation artist who wanted to re-create a potato field on the newly carpeted gallery floor, or the sheer physical work involved in lugging exhibits up the stairs of a 19th century building without a lift. It was a testing but valuable few years.

My first proper job was in Southport, a seaside town just north of Liverpool. I'd been unemployed for many months and was raring to go, following a post-graduate degree in History of Art and a Museum Studies training. This was the first time I'd ever managed a team of people, let alone looked after an art collection or organised exhibitions. It was also my introduction to the vagaries of local government. One of my first tasks was to write a policy paper explaining why we shouldn't sell off the collections. Some things don't change.