Hickmore to head campaigns at House of Illustration

HARRY HICKMORE, Head of Communications and Development at Wilton's Music Hall, is joining the House of Illustration.

As Head of Fundraising and Campaigns, Hickmore will lead a £12m campaign to transform New River Head in Clerkenwell into the Quentin Blake Centre for Illustration.

Set to open in 2023, the centre will be the world's largest dedicated space for illustration.

Hickmore has previously worked at... 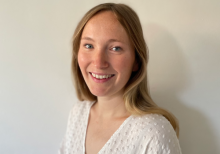 SARAH SHARP has been appointed as Director of The Montgomery Theatre and Arts Centre.

Sharp joins the theatre from Sheffield Theatres, where she worked in talent development.

She  was previsouly Producer and Programmer of Theatre Deli in Sheffield and has  been a trustee at Third Angel Theatre Company for... 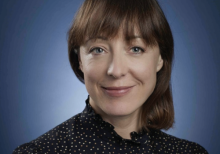 KATE BELLAMY will join the Clore Duffield Foundation as Director in September.

She is currently Director of Museums for Arts Council England and previously led the Mendoza Review at DCMS in 2017.

Bellamy replaces SALLY BACON, who left the foundation a year ago after 24 years in post. 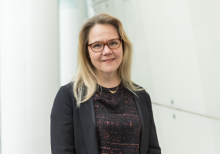 Virman joins the WMCA on secondment from Arts Council England, where she worked in a senior role in the Midlands area team. She is also a Fellow of the Royal Society of Arts.

The WMCA said Virman's appointment "signals the continuing focus on the region’s cultural sector" for Coventry City of Culture.

LEE PITCHER has been named Chair of Absolutely Cultured, the cultural development agency for Hull.

Pitcher is Head of Partnerships at Yorkshire Water and General Manager of the Living with Water Partnership, which has been recognised gloablly for its approach to water management amid the climate crisis.

He said the heritage of Hull, whose City of Culture legacy he will develop in his new role, "is always a... 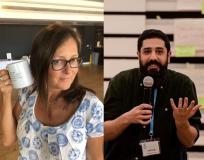 They will replace Lady LUCY STUDHOLME, as she steps down as Chair after seven years.

NATHAN GEERING and RYAN HARSTON have been announced as joint Artistic Directors at Theatre Deli.

Geering was previously Artistic Director of the 2017 Special Olympics Opening Ceremony and is an appointed commissioner of the Sheffield Race Equality Commission.

Harston has previously worked with organisations including the National Theatre, Barbican Theatre and as Artistic Director of URBANconceptz....

Savant has more than 20 years’ experience as a senior manager in the arts, including at Shakespeare's Globe, Royal Academy of Arts, English National Opera and the Royal College of Music.

Savant will take up the role on September 1, replacing SUZANNE ROLT. 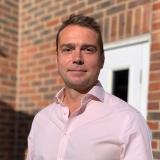 Headlong's Executive Director to step down

ALAN STACEY has annouced he will step down as Executive Director of Headlong in March 2022 after six years in the role.

His contributions to the company include a Chichester Festival, West End and UK tour of 'This House', and a London and New York tour of 'People, Places and Things'. Headlong also created its first outreach programme, Headlong Futures, during Stacey's tenure.

Stacey leaves Headlong to pursue his...