PROFESSOR SARAH WORTHINGTON has been made a Trustee of the British Museum.

Professor of the Laws of England at the University of Cambridge, Worthington is a former Pro Director of the London School of Economics and current Treasurer of the British Academy.

Her appointment follows furore after ...

STEVE SLATER says he is excited to join Derby-based dance organisation Déda and re-engage with the regional arts community.

"I spent my formative teenage ‘punk’ years hanging out in Derby and playing in a band at venues such as the Old Bell on Sadler Gate so I was delighted to see how much of the city’s heart has been preserved and to learn more about its ambitions for the future."

Slater is a  respected arts leader...

Chaplin steps down as Wellcome Director of Culture

He joined Wellcome ten years ago as Head of Wellcome Library. His successes include leading a digitisation programme that has made more than 40 million pages from the collections freely accessible to users around the world, and the creation of the Reading Room.

"As Director of Culture and Society, Simon has brought... 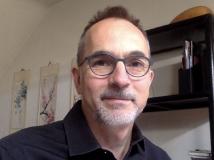 University of Warwick Professor ANDY LAVENDER is joining Guildhall School of Music and Drama as Vice-Principal and Director of Production Arts.

He joins full-time from 1 August after three years as Head of Theatre and Performance Studies at the university. He was previously Head of the School of Arts at the University of Surrey, and has also worked as an External Examiner for Guildhall's Production Arts programme.

Given the ongoing impact of Covid-19, Pearce said he will take time out to consider his next move.

He has been Head of Theatre and Artist Development at Ovalhouse for the past four years. Before that he was Artistic Director at The Point and the Berry Theatres. He has worked in theatres across the UK including Arcola Theatre, York Theatre Royal and Theatre Royal Plymouth.

He begins in the role in June.

ALEXANDER VAN INGEN is joining Philharmonia Orchestra as Chief Executive, leaving the same role at the Academy of Ancient Music, a Cambridge-based orchestra.

Prior to that he was an Executive Producer and A&R lead at Decca Classics for five years. 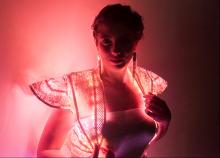 Kriefman is an award winning choreographer and artist with more than 15 years’ experience producing and commissioning theatre, dance, and interactive tech projects.

Scott is currently Deputy Director of Advocacy and Public Engagement at Joseph Rowntree Foundation, a Yorkshire-based social change charity, where she has led on a range of creative projects. She has also worked closely with the Leeds Poverty...

The pair said Levy's addition "means we can open up and extend the range and scale of what the company does".

"We have long admired his taste and skills...