SIR TIMOTHY O'SHEA will step down as Chair of The Edinburgh Fringe Festival Society in August after two terms.

The former Vice-Chancellor of the University of Edinburgh steered the festival through a period of change, deepening its ties to schools and communities and creating "a professionally run charity that balances both the vital local identity of the Edinburgh Festival Fringe with a global reputation for culture,"...

She said "it is in large part thanks to our culture and creative arts which makes the Liverpool City Region such an incredibly vibrant and exciting place to live, work and do business".

"It’s so important that we recognise and invest in our culture and creativity if...

Northern School of Contemporary Dance has named SHARON WATSON as its new Principal and Chief Executive, effective May 2020.

Watson is currently the longest-standing Artistic Director of Phoenix Dance Theatre in Leeds, where she is from. In recent years she has receieved several awards including the First English Woman’s Award for Arts and Culture.

She said she was thrilled to be appointed: "My relationship with the...

Mearns has worked for BBC Manchester and at the Northwest Development Agency, where he was an Executive Director. He has also been involved in events like the Liverpool Biennal, Manchester International Festival and Liverpool European Capital of Culture. 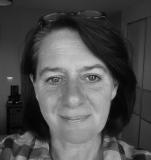 JULIE BOWERS has bencome the Director of Artistic Development at bbodance.

Bowers is a former professional dancer with The Royal Ballet and Royal Academy of Dance. She has dedicated much of her career to developing programmes that increase access to ballet internationally.

JAMES GRAHAM has been appointed to the top role at the Royal National Mod, an annual celebration of Gaelic music and culture.

Graham is a former gold medallist of the Mod and has spent the last decade working as Mod Manager for An Comunn Gàidhealach, which organises the event.

He takes up the role at the end of March, replacing JOHN MORRISON.

English National Opera has appointed JENNY MOLLICA as Director of Baylis, its learning and participation department.

Mollica joins from the Barbican and Guildhall School of Music & Drama where she has been working as Director of Creative Learning since 2008.

She has been responsible for the design and development of numerous creative learning programmes including schools programme Barbican Box and National Opera...

TAZIE TAYSOM has been appointed Commercial Director at art rental company ARTIQ. She was previously the company's Head of Sales, having worked for several years in the corporate executive search sector before joining in 2016.

Communications and marketing agency Four has promoted several members of its specialist culture team as part of a whole agency restructure.

MARK DA VANZO will take on the role of Chief Executive at Liverpool Everyman & Playhouse, where he has been Managing Director for the past three years.

Previously he was Deputy Chief Executive of Pitlochry Festival Theatre in Scotland and has also worked for Creative New Zealand and the Walt Disney Company in London.