Fears within ACE over ‘dumbing down’ art

Arts Council England’s Deputy Chief Executive has reassured those concerned about its new strategy that they should “be clear that the Royal Opera House is as important as Creative People and Places”. 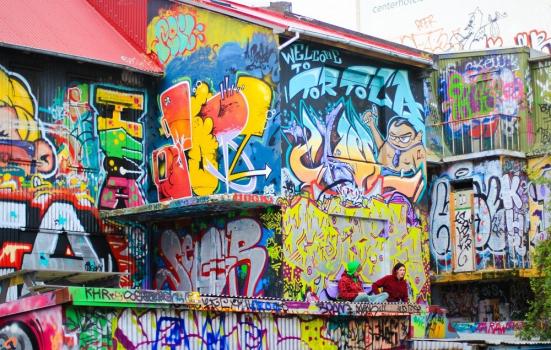 Arts Council England’s (ACE) plans to make culture more widely accessible have prompted alarm within the organisation, with some expressing concern that its new strategy would compromise artistic quality and tip the funder’s existing approach “entirely on its head”.

The issue came to a head in September last year when ACE’s London Area Council – which includes leaders of arts organisations in the capital as well as local government representatives – was asked to give feedback on proposed outcomes for the next ten-year strategy.

Minutes from a meeting of the group record that “there was concern that the proposals did not reflect the complex ways in which, and reasons why, people make/deliver art and culture – we should not be seeking to spread the most work to the largest number of people at the expense of quality or meaningful engagement”.

“Some members felt that the proposals were signalling a profound shift from ‘Great Art and Culture for Everyone’ to ‘Everyone has the right to access some art and culture’,” add the records.

They “felt very strongly that the outcomes suggested the only justification for publicly funded arts and culture was public demand”.

Guests at the meeting included Patrick Harrison, Executive Director of English National Ballet, Alex Beard, Chief Executive of the Royal Opera House, and Rufus Norris, Director of the National Theatre. The minutes do not attribute the comments on the strategy to individual speakers.

Simon Mellor, ACE’s Deputy Chief Executive, Arts and Culture, explained that the strategy’s proposed outcomes “had arisen from a full evidence review which concluded that there was a perception gap between what people generally understood to be arts and culture and the work which the Arts Council invested in”.

Mellor told council members that “generally speaking, publicly funded arts and culture reaches a relatively small proportion of the population and this situation is not sustainable”.

The minutes record that “there was agreement that there was a need to reach communities without loss of quality or ‘dumbing down’ the art. Practitioners at the table felt that the delivery of this would be a difficult ask for many in the sector.”

They also note fears that the proposals "would not really facilitate access to the best for the majority of people”.

The precise wording of the outcomes considered by the London Area Council has not been made public, but concerns were raised that it would raise "unreasonable expectations about what all publicly funded organisations could and should achieve – for example, saying that we will reach all children or the whole country is simply not doable in any meaningful way, but of course is politically expedient”.

After the meeting in September ACE published a framework for its new strategy which included the proposed outcome that “people from every background benefit from public investment in culture”.

The suggested actions for achieving this included proposals that “cultural organisations will work together and with local communities to create and develop cultural experiences that involve a far wider range of people” and that “cultural organisations will work with a wider range of partners to collaborate and invest together to broaden cultural provision everywhere”.

At the meeting, “the quality of work versus the quantity of work and engagement was widely discussed”, and “there was a strong feeling that the way in which the proposals were worded made it seem that art was secondary to social impact”.

The minutes record “differing views as to whether increasing spread would reduce depth of engagement”. While some felt strongly that “changing lives relied on engaging with complex art”, the point was also made that “people recognise and value quality in many contexts, and that raising awareness of quality in arts and culture was not counter to wider engagement”.

Some members of the council commented that “meaningful engagement takes up a lot of resources and these proposals could just set the Arts Council, and its funded clients and projects, up for failure”.

Mellor responded that some of this feedback “would better apply to ways to deliver the outcomes rather than to the outcomes themselves”.

These modes of delivery included “scaling and/or better defining ‘ambition’ – being clear that the Royal Opera House is as important as Creative People and Places”.

Concerns about ACE’s new strategy resurfaced at a meeting of the London Area Council in February. One member asked about the sample size and demographic the funder had used for its consultation, feeling that “the responses were too few to influence the future direction of the Arts Council over the next 10 years”.

Some members also “asked how the Area Council could be of use from this point on, as they felt that the new direction had already been set. They expressed disquiet about the process and felt Area Council members might have been better involved earlier in the process.”

The minutes say that “in general members felt excited about change, but reiterated the need for the Arts Council to stand for quality, and were concerned that the resources would not be available to both effect significant change and maintain quality.”

“Members reiterated that the consultation to date did not represent a mandate, and that it was for the Arts Council to decide on its future priorities,” they add.
In April, Mellor prompted a lively debate in the sector with a public speech stating that relevance was “becoming the new litmus test” for the funder. He told an audience at East London Dance’s 2019 Ideas Summit that it will “no longer be enough to produce high quality work…you will need to be able to demonstrate that you are also facing all of your stakeholders and communities in ways that they value”.

In response, soprano Gillian Ramm tweeted: “How on earth does one really decide what is and isn’t relevant? Relevant to whom? Genuine question, I’d like to know how these decisions are reached and by what criteria.”

And the Movement for Cultural Democracy posted: “WOW - after conducting an expensive & methodologically questionable consultation, in a bid to increase its relevance @ace_national cd be edging towards supporting a SUPER-CENTRALISED, ultra-bureaucratic, mega-watered-down & ANACHRONISTIC version of #culturaldemocracy. Can't wait!”

Commenting on the debate within the Arts Council, Dr Stephen Pritchard, a member of the Movement for Cultural Democracy, said that the move towards ‘relevance’ from ACE was potentially positive in theory, but said he suspected that it would not amount to much in terms of substantial change to the status quo.

“They seem to have annoyed everyone,” said Pritchard, who would like to see a more wholesale change of the system for funding arts in England. The MCD argues that National Lottery funding should be distributed locally in the areas from where the money is derived, rather than controlled by “centralised and top-down” national arts councils. Major national cultural institutions and programmes, it says, should be funded directly by central government rather than with Lottery money.

Pritchard added that he would like to see ACE move closer to the approach of the Arts Council of Wales, which he said had a more progressive attitude and was supportive of a grassroots cultural initiative in Cardiff involving members of the MCD.

A spokesperson for ACE said: “We’ll be publishing a draft strategy later this month, reflecting what we’ve heard in consultation and the evidence we’ve gathered. We will be opening up consultation again between the end of June to September and we hope that people will share their views through our workshops and online.”

Why is the discourse here still on the same stale dichotomy of aesthetic vs. participatory? Surely Art is more complicated than that? Come on!
Individuals and communities are more complicated than that too.I wonder if it is time to declare the centralisation of Arts Council England an expensive error, and create / recreate a properly regional/sub-regional structure for disbursing public investment in arts and culture...
I agree with the comment that maybe now is the time to decentralise and allow local participation in decision making about what gets funded, for too long the centralise system has favoured the elite, not quality, quality is everywhere and needs more support and grassroots level to flourish.