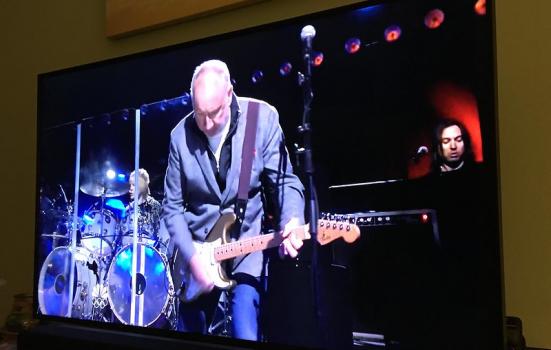 People spent the lockdowns engaging with arts as they usually would - just from home
Photo:

The digital pivot prompted by the pandemic has not increased cultural consumption.

Against optimistic predictions the sector would reach new audiences online, research from the Centre for Cultural Value says most of the UK "saw no change to their patterns of engagement".

Where there were increases, these were among the small number of people who were already highly engaged - meaning pre-existing inequalities persist.

The study's strength comes in part from the consistency of its findings in a 3,678-person representative sample drawn from a Taking Part Covid-19 survey by the DCMS and The Audience Agency's Wave 2 data.

Across the two data sets, an average of 78% of people did not engage with arts and culture at all.

The availability of free time seems to have had a major impact: those who stopped working at the beginning of the pandemic were more likely to increase their engagement with culture, while parents and caregivers exhibited the opposite trend.

There is a need for caution - "if not outright scepticism" - about the impact of digital culture.

"Inequalities within arts and culture will be unchanged, or even worsened, by the impact of the pandemic.

"It seems that the ‘new normal’ of pandemic life was much like the ‘old normal’ of an art and cultural audience characterised by significant inequality."

The evidence to hand suggests we should expect "replication and perhaps acceleration" inequalities within arts and culture.

The gap between the haves and have nots were actually wider for online arts than physical visits.

Oliver Mantell, Director of Policy Research at The Audience Agency, said the exception is disabled audiences.

The sudden explosion of online access increased access for this group, but only boosted engagement among the already engaged.

A larger survey Wave 1 survey conducted in October indicated more over-65s were watching theatre online for the first time, indicating they had the interest and skills but not the incentive to do so earlier.

Mantell said there is perhaps a changing market for digital arts more than for arts generally.

"Digital does have a significant role to play to increase equitable access for some, although it isn't sufficient on its own or helpful to everyone."

The Centre for Cultural Value's study echoed this, saying digital alone will not be enough to change the arts.

"Rather the core lesson of the pandemic is the need for real vision as to what a representative and fair cultural sector would look like."

Arts engagement during lockdown was shaped more by the "stickiness" of audiences' tastes than new-found time or opportunities.

Whilst up to 14% of people increased their cultural consumption, this group was likely to already be culturally engaged.

The sole activity to see a clear increase among the non-engaged was TV watching. It's not clear, the study notes, whether this group "spent time watching multiple episodes of critically acclaimed dramas in different languages, or if they revisited shows they had already watched".

It surmises that, on the whole, people increased the amount of time they spent doing things at home that they had done before.

The unemployed, senior citizens and residents of northern parts of the UK were the most likely not to have engaged with culture during the lockdown.

Non-white audiences were significantly more likely than white audiences to engage less during the pandemic; however, they were also the least likely to not engage at all.

Women were more likely to have increased their engagement, while younger audiences were classed as "resilient", exhibiting little change.

The study is available to read in full here.

It would be interesting to know if either study took into account the furloughing of staff - many marketing teams were running at reduced capacity, yet also had more work falling to those left holding the fort, but with no increase in time or money to manage that work. Therefore, is it reasonable to expect increased audience engagement when many departments crucial to that function are cut or running on a shoestring? Without a properly resourced and supported marketing department this is always going to be a challenge, and I think showing no change in engagement, despite the sector and workforce being wildly changed, is actually doing down the work that was done. Tackling pre-existing inequalities is not going to happen without strategic input and investment.