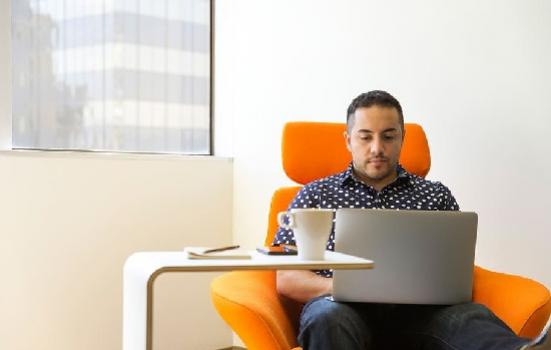 More than a third of digital arts audiences have never engaged with the host organisation offline, according to new survey data.

Initial findings from The Audience Agency's Digital Audience Survey suggest that a whole class of digital only audiences has emerged since lockdown - and that the culture they consume can differ significantly from their non-virtual tastes.

38% of respondents to the survey said they had only engaged with an UK arts organisation digitally, having never visited in person. One in three 'digital only' visitors live outside the UK.

Half of the survey sample said they visited arts organisations' websites at least once a month. Of that group, 28% had never visited those same organisations in person.

At this stage, the evidence base too small to draw broad conclusions - only 79 organisations have submitted data since May - but The Audience Agency says the findings merit further exploration.

"As responses increase, it will be interesting to understand more about the profile of this ‘digital only’ audience."

When it comes to digital only audiences, museums perform best. As many as one in four high-frequency 'visitors' to museum websites have never physically visited the sites, according to the data.

Performing arts organisations also have a significant proportion of online only patrons at 21%.

The performing arts draw a "particularly balanced" age deomgraphic, the survey says. While the highest proportion of its online audience is aged 45 to 54 (22%), other age groups each have between an 11% and 18% audience share.

More than half of the audiences engaging with museums and heritage online are 55 years or older.

The survey indicates that online content is improving the mental health of the UK's least engaged arts audiences.

Nearly two-thirds of survey respondents said they engaged with online arts to boost their mood.

But respondents who normally engage with culture the least were more likely to feel this way by a margin of 10 percentage points (49% compared to 39% of highly engaged audiences).

While the make up of digital only audiences is broadly similar to in-person audiences, there is a higher proportion of disabled people - 12% versus 9% at live events - and of what The Audience Agency calls 'dormitory dependables'.

This segment of the sample live in small towns and surburban areas and are interested in heritage and mainstream arts activities. Normally, they comprise about 16% of live audiences but they account for 20% of the digital only cohort.

The Audience Agency says this may indicate an appetite for more arts activities outside of urban centres that has been made more accessible as content shifts online.