New reports highlight gender gaps in theatre and music as UNESCO warns the pandemic will be watershed for equality - one way or the other. 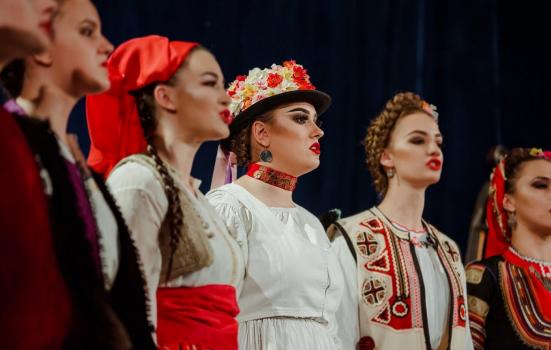 UNESCO has warned the pandemic could harm efforts towards gender equality
Photo:

The study was one of several released for International Women's Day on Monday that show, despite some advances, that women remain underrepresented in high profile and higher earning positions in the arts.

UNESCO is warning the pandemic will be a watershed in gender equality in arts and culture, either accelerating progress or deepening the divide.

"A pressing concern at this moment is that the Covid-19 pandemic will usher in a new and extended period of financial and social crisis that will have similar consequences."

And PRS for Music reports that even during "an unprecedented financial year for the entire music industry due to the pandemic," just one in six songwriters and composers who received royalties were women. The top 10 highest-earning women still made 70% less than their male counterparts.

ETC found that men dominate playwriting, directorial and technical roles while women are concentrated in costuming and hairdressing and "less present at the top of the hierarchy."

"Our study is maybe not revolutionary because there were others who had confirmed the same circumstances but now, seeing it from the European level, it just confirms that we need to drive this change," ETC Executive Director Heidi Wiley said.

UNESCO says that "we stand on a precipice."

"The measures drawn up now, the data collected, the decisions made about who and what to support now and in the post-Covid-19 recovery period will determine whether progress towards gender equality and a full and flourishing diversity
of cultural expressions continues - or whether that equality and diversity is profoundly compromised."

There was less gender discrimination in organisations that already had equality and diversity policies in place, ETC found.

For all workers - men, women and non-binary people - awareness of such a policy made them less likely to percieve institutional sexism.

Working at these organisations made staff more comfortable with gender related humour and less likely to percieve this as sexist.

Given that women employ more gender balanced casts, "the obvious answer is first to make sure there are more women and minorities in decision-making positions," the report said.

"The evidence suggests that there is an absolute gain in diversifying these positions."

Wiley suggested cultural organisations could use a system like 'F rating'. The film industry standard is awarded to movies that are directed or written by women. One that also starts women in lead roles is 'triple F' rated.

"If the theatre we want to produce is as inclusive as we say, there are certain ways of moving forward to improve these practices."

ETC's report added that the gender impact of decision makers is, "in this sense, remarkable."

"Female authors and directors demonstrate a clear trend towards gender equality compared to their male colleagues, who are in the majority and who make men more visible."

ETC also found that women in theatre have less job security than men, who were more likely to be full-time employees and on permanent contracts.

UNESCO said that women continue to fare worse than men when it comes to pay, contractual status and seniority in the cultural and creative industries.

In the United Kingdom’s culture sectors, 15% of women under the age of 35 are in senior roles, compared with 31% of men.

Moments of crisis can increase women's vulnerability - "and reinforce the view that women are less central or more disposable to the creative workforce than men," UNESCO says.

"This is especially vital as Covid-19 continues to unfold and its long-term effects on the arts and cultural production are not yet known."

It says there is a danger of assuming gender inequality is "a thing of the past" or just a matter or time.

It adds: "Too few initiatives to support artists and creatives affected by the pandemic are using an intersectional gender lens."