'We are sorry': charity admits history of racism in arts activities

Westway Trust says it "has been, and remains, institutionally racist" following decades of allegations. 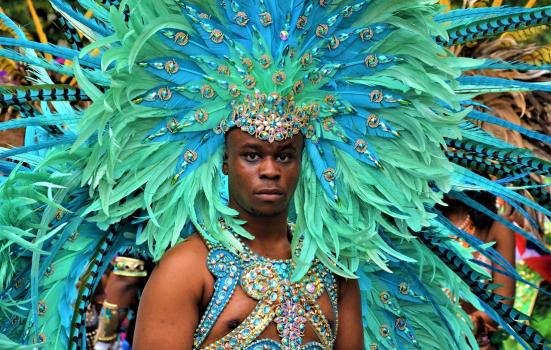 A North Kensington charity providing arts and cultural funding says it "has been and remains institutionally racist".

As it approaches its 50th anniversary, Westway Trust has pledged to redress systemic discrimination against the African and Caribbean communities it is meant to serve by overhauling its governance, considering possible compensation, and creating a Centre for Civil Rights and Culture.

An independent review highlighted "a number of seemingly missed opportunities to create a cultural centre" in the Kensington and Chelsea area, which is home to the V&A Museum, Royal Court Theatre and Cadogan Hall.

However, it also surfaced an ugly history of structural racism connected to rampant commercialisation that caused "continuing mistrust and suspicion" from the Caribbean community.

Former staff said Black people were viewed by Westway Trust as "idle, weed smoking, lazy, workshy, with criminal tendencies, [and] having no visible means on employment".

"These comments, [which] were not always racist but sometimes purely derogatory, included 'wish me luck I’m off to face the heathens' or 'I’m off to meet with the great unwashed,'" one former staffer commented.

These attitudes had not changed at the point of the review. The trust, having refused to do the review for two years, then declined to attend a 2016 community meeting about the diversity of its future arts and culture activities, citing concerns about the "safety of staff" with African Caribbean attendees.

An action plan for "healing and reparations" arising from that meeting was never taken forward by the trust.

Chair Toby Laurent Belson apologised to the communities the organisation has harmed, and to members of a Community Advisory Group that will hold it accountable in the coming years: "Westway Trust is sorry for the sacrifices you have had to make to achieve your goal."

"We look ahead to working with and representing our community as never before, so that in time we may be the organisation our community deserves."

Westway Trust's institutional arroagance and cultural indifference in past decades has affected communities' ability to pass on cultural skills to future generations, the review found.

First established in 1971 as compensation for the A40 overhead motorway, Westway Trust is the custodian of 23 acres of land beneath the highway. It has an arts and culture arm that commissions artists, gives grants, and oversees a mini-festival in the Portobello area, and a newly-established youth programme Westway Arts Squad.

The review found the trust historically neglected and attacked opportunities to develop local arts, including erecting barriers and employing security to prevent Notting Hill Carnival taking place on the trust's land in the 1990s out of "disdain" for the event.

The trust also evicted the Carnival Industrial Project from one of its spaces and failed to act on a request to set up an African Caribbean Arts Centre in its place, leaving the site empty for several years.

Huey Walker, whose father Wilfred Walker rented Acklam Hall from Westway Trust in the 70s, said the elder Walker turned it into a viable music venue.

"Then the Westway Trust sold the venue to someone else for a pound and completely marginalised my father’s contribution.

"If you take that as one example it doesn’t look like institutional racism but you have to take it in connection with all the trust’s other actions," Walker said.

The review says the trust marginalised and undermined groups and individuals who tried to access funding and land, noting this was "not exclusive to race and also includes white working class, women and activists".

However, Black men in particular were 'othered'.

"The African Caribbean community feel that the cumulative impact of historical actions of the trust over a long period of time have been to displace Black organisations from trust land, thereby depriving them access to their cultural heritage and an important means of self-help and awareness," the review says.

Niles Hailstones, Co-Chair of the Community Advisory Group to the review, says the review represents a "historical turning point".

"That historical institutional racisim existed was proved beyond a doubt.

"For members of the community and past staff of the Westway Trust this review may not be everything they had hoped for but is clear and unequivocal in its final conclusions, and reparation is now necessary."

Sheraine Williams is one of several Black Trustees who resigned over the years due to racist incidents and feeling excluded from decision making. She has now returned as a trustee to help revoluntise the Trust's approach.

"It is hard for people to understand just how traumatic it can be to be on the receiving end of institutional racism whilst trying to be professional and do a good job," she said.

Walker says the review represents a call to action.

"I know in the cultural sector people are banging on about it, putting out anti-racism statements. We have to actually look back at the past and acknowledge where we’ve come from.

"Organisations shouldn’t feel nervous about putting their hands up and saying ‘yeah, we’re a racist organisation’ and moving on from that."

Laurent Belson, the Trust's Chair, concurred and offered to help other organisations which want to take a similar journey.

"A review of this nature is just one way to achieve change. There are many, as even a cursory look across history shows us.

"All of us, whether individuals, communities, charities or businesses need to hold up a mirror to ourselves to move forward the national conversation on institutional racism."