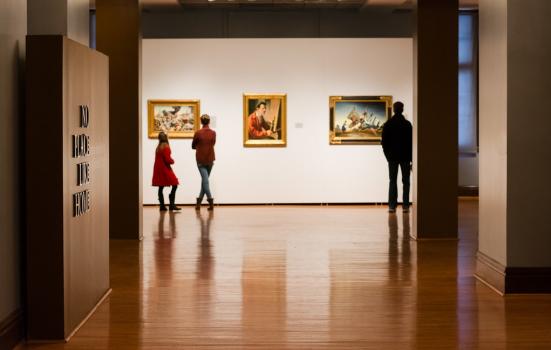 m_shipp22 on VisualHunt.com / CC BY

Visual arts audiences in England are younger and better reflect the ethnic makeup of the population than those for most other artforms, according to a new report.

But research published this week by The Audience Agency also finds a lack of diversity in other respects. Those who attend visual arts exhibitions tend to be more affluent than average and come from the ‘highest culturally engaged’ demographics.

Writing in the foreword, Dr Paula Graham-Gazzard, CEO of the Contemporary Visual Art Network, and Margot Walker, Head of Community Partnerships at The Audience Agency, say audiences for the visual arts in England are “socially varied, intellectually curious and increasingly dominated by a new generation, enthusiastic to engage”.

However, the report warns that understanding the barriers preventing people with less cultural experience engaging with the sector remains “one of the greatest challenges facing visual arts”.

The research draws on data provided by more than 100 visual arts organisations in England including high profile galleries such as Tate Liverpool and Tate Modern, Turner Contemporary in Margate, the Hepworth Wakefield, and Baltic in Gateshead.

The authors say that ‘millennials are unusually well represented’ among those attending galleries and that the visual arts also ‘appeal disproportionately to Generation Z’ – meaning people born in the late 1990s or early 2000s.

They add that visual arts audiences are ‘likely to participate in other cultural activities and be highly educated professionals who are relatively affluent compared to the wider population’.

The report says that 41% of visual arts audiences are aged between 16 and 34, whereas for other artforms this demographic comprises 13% of visitors. In contrast, 41% of museum audiences are over 65, according to the report.

The ethnicity of audiences varies greatly for different parts of the visual arts sector.

The applied arts, which includes architecture and design, is the most ethnically diverse. 20% of visitors to these identified as BAME (Black, Asian and minority ethnic), compared to 15% of the population as a whole.

16% of fine art audiences were BAME, while for craft this proportion was 8%.

According to the report, people engaging with the visual arts are often motivated by reasons “linked to personal wellbeing and creative development”. They are also more likely to engage with this artform on their own: a third of adult visitors attend galleries and events alone.

The top five reasons given for visiting a visual arts event were:

The report says that “a significant number” (8%) say they have professional motivations for engaging with the visual arts.

This, add the authors, “supports the idea of art galleries as a source of inspiration for feeding the creative economy as well as of enjoyment and relaxation”.