New figures indicate the reversal of a three-year pattern of declining visitor numbers at English institutions – and new hope for more employment in the sector. 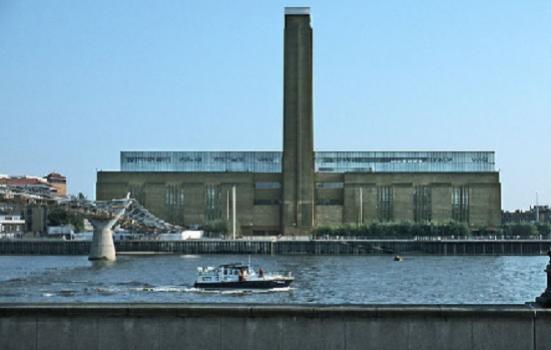 Tate Modern has become England's most popular museum, according to the country's national tourism agency.
Photo:

English museums and art galleries have reported a 6% increase in attendance in 2018, bouncing back following three years of decline.

Attendance dropped by 1% in both 2017 and 2016, and by 0.5% in 2015. But new figures from the national tourism agency show a decisive turnaround, with attendance across 444 museums and art galleries growing by 6% on the previous year.

This means these institutions have seen their average attendance increase by 59% over the past 30 years, slightly outperforming the average increase of 58%. Admissions are growing faster than in every other attraction category (except for ‘workplaces’, where a 16% rise was largely driven by a single attraction). The average increase in visitors across all categories in 2018 was 2%.

A report in 2017 found that several major UK museums’ popularity took a hit that year, in a trend attributed to Brexit. In the same year, VisitEngland said a 7% fall in visits by children to English attractions was likely due to concerns over terror attacks.

The agency’s latest report does not offer any analysis of why the change in fortunes has occurred. There were no major terror attacks in the UK in last year, following attacks in Finsbury Park, London Bridge, the Palace of Westminster and Manchester Arena in 2017.

The increase in overall attendance was matched by equally strong growth in admissions for international tourists (6%).

VisitEngland Chief Executive Sally Balcombe said the country’s “outstanding” cultural attractions are one of the main drivers for international visitors.

“It’s not surprising to see our museums and galleries returning to the top spot, confirming England’s position as a cultural hub.”

According to VisitEngland, Tate Modern displaced the British Museum as the most popular museum in the country for the first time in a decade, with 5.87 million visitors in 2018.

The report says that, “following the strengthening in their admissions in 2018, museums [and] galleries are bullish about their permanent staffing prospects for 2019”.

More than 100 museums and galleries predicted they could grow their permanent staff this year. About 50 had already added permanent roles in 2018, while about 20 organisations lost staff.

Most attractions surveyed also had some volunteer support (93%). But VisitEngland suggested that this resource could become more difficult to access: “With 87% of attractions relying on unpaid helpers, and further expansion anticipated in 2019, competition for volunteer time is notable and growing.”

Despite the growth in employment and admissions, revenue growth for museums and galleries slowed to 2% last year, compared to 9% in 2017.

Admission prices increased by 6% last year to an average charge of £6.43.

The report indicates that museum and gallery attendance fuelled a bumper tourism year in the North West.

In most regions, the change in admissions to all kinds of attractions range from -1% to 2%, but the North West managed to grow admissions by 8% last year.

“This was supported by a strong performance by some of the region’s largest attractions, such as World Museum Liverpool (with its successful Terracotta Warriors exhibition) and IWM North (bolstered by the WW1 centenary celebrations).”

In a statement released by VisitEngland, Rebecca Pow, Minister for Arts and Tourism, said: “We are home to four of the top ten museums and galleries in the world and each year our attractions draw in millions of people wanting to experience, enjoy, and engage with our rich and diverse culture.

"It is brilliant to see such positive growth across a range of destinations. From ancient cathedrals and beautiful landscapes, to rural villages, historic houses, glorious gardens and museums, we truly have something for everyone.”