A new initiative to commission dances with UK galleries will improve the profile and practice of this developing field, its founders say. 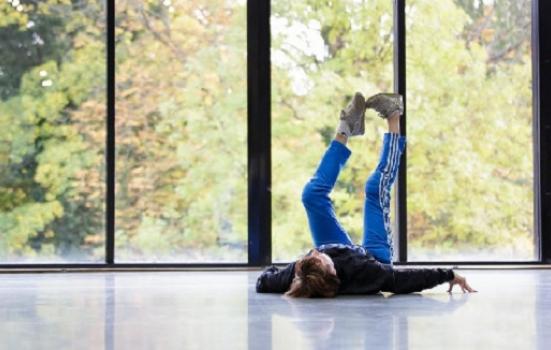 CONTINUOUS will co-commission dance works to be performed in art galleries across the UK
Photo:

An “ambitious” dance partnership is expanding to incorporate visual art institutions that will help commission its works, furthering the fledgling field of dance in museums and galleries.

CONTINUOUS Network, originally a partnership between Siobhan Davies Dance in London and BALTIC Centre for Contemporary Art, Gateshead, will include five galleries – Nottingham Contemporary, Margate’s Turner Contemporary, The Tetley in Leeds, Glasgow’s Tramway and Bluecoat, Liverpool – and four further institutions tipped to join before 2022. Yorkshire Dance and Dance4, Nottingham, have also been named as new partners.

The network will present six new co-commissioned dance works by 2022, and tour eight existing ones, with the aim of reaching 75,000 people live or online over the next three years.

Siobhan Davies Dance Programme Director Lauren Wright said the network was “a major step forward in the highly dynamic field of dance in galleries and museums”, which her company has been at the forefront of for the last decade.

While the number of collaborations between UK museums, galleries and dance companies has grown in recent years, the practice is relatively undeveloped.

Presenting in galleries and museums can “animate” those spaces and give choreographers access to environments “where audiences are curious to encounter the new and unexpected”, a statement released by Siobhan Davies Dance and BALTIC said.

But she said those institutions’ “tendency to work with materials” sometimes affected their approach to dance.

“Visual arts organisations were presenting a lot of dance but didn’t necessarily have the knowledge of how to work with dancers in that space,” she says, explaining CONTINUOUS’ goal to spread good practice.

“There are basic needs that the human form has that a visual arts space might not have.”

Research indicates there is a risk that collaboration between dance companies and museums becomes a novelty rather than a way to develop practice.

A 2015 report by Trinity Laban Conservatoire of Music and Dance and Horniman Museum and Gardens notes a number of challenges for such partnerships: museums do not always understand or accommodate the need for rehearsals, curators are “fearful” of dancers damaging the exhibits, dance companies often expect theatre-type facilities like a sprung floor and dressing rooms, and partners’ planning schedules can clash.

“Sometimes museums just want ‘some dance’ to decorate/animate the galleries without being ready to host a substantial project that can be properly integrated,” one respondent to the study said.

A spokesperson for Turner Contemporary, one of the new partners in CONTINUOUS, said the gallery is "committed to making art accessible to everyone" and the network is no exception.

"CONTINUOUS is a unique opportunity to not only attract new audiences but to offer our existing visitors something unusual and surprising."

No space to show

Hickman says the access to free public spaces that galleries provide can be crucial to practitioners with limited resources: “There is a growing field of experimental contemporary dance and a lot of practitioners within that field who don’t necessarily have the space to present to audiences.”

Research published this year by the London Mayor’s office provides a glimpse of the demand for dance spaces. There are roughly 67 dance performance spaces in the capital – a fifth of all its dance venues – and a third of dancers pay up to £50 per hour for a rehearsal space.

There is a clear need for more dance infrastructure, the research says. A survey of dance space providers found there was an average of around 140 people based a day per site.

“It has been suggested anecdotally that there has been a fall in the reduced availability of facilities for dance over the last five years,” adds the report. “Reasons cited were closures from redevelopment and local authority funding pressures, as well as the need to increase commercial hires to operate a viable business model.”

CONTINUOUS will be able to offer financial support to its members, having received a £341,000 Lottery grant and £90,000 from the John Ellerman Foundation.

It will also help broker relationships between dancers and curators and lead audience development efforts.

Dancing in the streets
Dance partners
Hong Kong: Where dance and technology meet