Arts and culture organisations report more competition for private sector funding, and requirement to show the work they do has a positive effect. 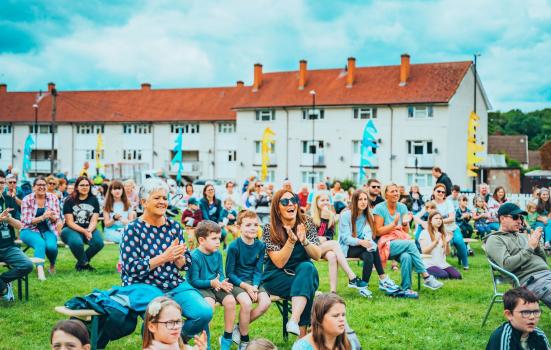 Arts and culture organisations are increasingly being required to provide evidence of social impact to secure private funding, a study by Arts Council England (ACE) has found.

However, this year organisations have reported more competition for private sector funding, and say they are more likely to have to show that the work they will have a positive effect on society.

Similarly, individual and corporate funders are increasingly interested in supporting specific programmes and initiatives and seek to be actively involved in defining the goals and outcome for those.

The report highlights Charities Aid Foundation figures showing that although there was an overall increase in the total amount given to charity over the course of 2020 - £11.3bn, compared with £10.6bn in 2019 - the number of people donating continues to decline.

"This perhaps highlights the importance of strategic partnerships between the cultural sectors and other charitable subsectors to develop initiatives leading to increasing social impact and opening up new funding opportunities for the cultural sector organisations," the report states.

Interviewees reflected on the importance of theories of change - how the activities undertaken by an intervention such as a project, programme or policy contribute to a chain of results that lead to the intended or observed impacts.

Several of those interviewed felt that this would be more important in the future, given increased competition for funding and additional scrutiny on organisations’ credentials.

The report highlights the achievements of a number of programmes in using an evidence-based approach to secure funding including Coventry City of Culture which said its outcomes-based approach offered it greater immunity to loss of funding during the pandemic.

Professor Jonothan Neelands, Academic Director for Cultural Partnerships at University of Warwick who is leading research and evaluation for Coventry UK City of Culture 2021, said the fact they had plans in place to be able to measure impact is a way of assuring funders that their money will be well spent.

"That's the importance of theory of change. It gives funders confidence that you are not just asking for this money - that you have got a very carefully thought through plan of how that money will be used to fund activities that will fund outputs that will contribute to bigger scale outcomes and impacts," he said.

"In Coventry's case City of Culture 2021 was always supposed to be about social change. It wasn't ever going to be a festival that was just about entertainment."

"So when we applied to funders we applied on the basis of a carefully thought out plan that showed how a certain amount of money would fund activities that would lead to measurable social change."

Coventry has used a range of methods to understand the impact of events across all 42 neighbourhoods of the city, utilising a pre-existing biennial houshold survey which includes questions about increases in civic pride, increases in social cohesion, increases in satisfaction in the local neighbourhood, as a baseline.

Researchers have also used mental health wellbeing scales to measure impact based on levels reported at the beginning, interim and final point of engagement with residents.

"The whole theory of change approach is very alien to the cultural sector and quite resisted I think," Neelands said.

"But I definitely think it will be increasingly important in the future. I think the focus on communities, neighbourhoods, social change, wellbeing, civic pride, all of that will be the hallmark of Cities of Culture going forward."

Meanwhile, organisations like The Reading Agency argued that their rigorous research and evaluation had been pivotal in securing a number of high-value partnerships. The charity pays attention to impact evaluation as this means that it knows its programmes work.

It evaluates the impact of its work in a number of ways, including the structured evaluation of programmes, monitoring the reach of programmes, qualitative research with partners and programme beneficiaries and the ongoing review of external evidence to ensure that its work builds on the most up to date research.

The charity actively publishes the evaluation it conducts, sharing the research to raise awareness of the difference reading can make to everyone’s lives.

It highlighted the impact of the pandemic in raising the profile of its work to support mental health and wellbeing, resulting in successful fundraising campaigns, new private partnerships and a transformation of the organisation and its activities. This included corporate partnerships with Specsavers and Costa Coffee over the last two years.

Contact Theatre said it believed its focus on making work with and for young people met funding priorities of a number of trusts and foundations.

"Many aspects of the theatre’s work with young people and diverse and disadvantaged communities are attractive to funders, and the theatre has sought to lead the way in this impact-led activity," the report states.

And Wysing Arts Centre demonstrated how it used its focus on developing artists at key moments in their careers, who would otherwise be excluded from training, as a driving point for its fundraising, with a collaborative creative learning programme receiving a multi-year foundation grant to support this work.