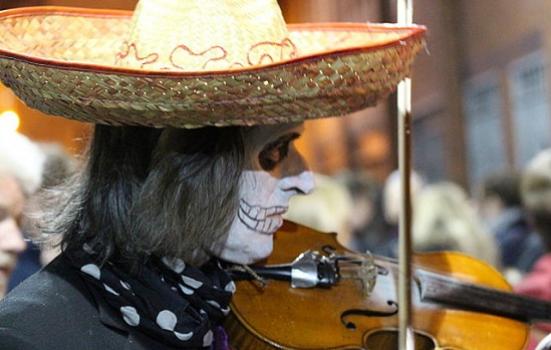 An annual review from the Arts Council of Northern Ireland (ACNI) says its annually funded organisations generated £52.9m of earned income in 2018/19, a 10% increase on the year prior.

But a breakdown shows that increase was driven by the nine largest of the 102 organisations in ACNI’s portfolio, which contributed 34% of core organisations’ earned income. The smaller organisations that make up nearly half the portfolio are increasingly reliant on public sources of income and many “now operate at the margins of financial sustainability”.

While public funding for the arts in Northern Ireland grew 2% over the last two financial years, Bank of England records show inflation averaged 3% per year over the same period. ACNI’s review says “small scale organisations in particular continue to struggle” amid a 3% cut to portfolio funding in 2018/19 and longer-term austerity.

The average yield per ticket grew from £19.14 to £21.87 in one year. “This suggests that organisations are increasing ticket prices to boost earned income,” ACNI’s review says.

“A combination of annual funding cycles, limited capital investment and under capitalisation continue to constrain the ability of these organisations to diversify funding.”

Future funding will depend in part on Northern Ireland’s Budget, which will be announced this week. ACNI, which received £9.5m from the Department of Communities last year, will not know its budget for 2020/21 until it is confirmed early next month.

There is a silver lining: local authorities have provided 20% more funding to ACNI’s portfolio organisations over the past three years. Against cuts to their own budgets, the increased investment “suggests a stronger, more engaged commitment to arts and culture” that may help further the sector’s ambitions to contribute to healthcare, the economy and wider social initiatives.

Attendance for Northern Irish arts organisations remains shaky: nearly twice as many people were recorded as ‘participating’ in the arts in 2018/19 compared to the year prior but attendance at performances and festivals fell by 29% and 19% respectively.

Last year ArtsProfessional reported that arts attendance in Northern Ireland had plummeted as organisations reined in their spending on programming, artists and marketing.

The dramatic decline in audiences for ACNI funded organisations – 25% for performances and 50% for exhibitions in the three years to 2017 – has slowed. The portfolio continues to increase its output as audiences lag, delivering 35% more arts activities in 2018/19 than 2017/18 and growing overall participation and audiences by 21%.

Despite the increase in income earned from admissions, less than half of available tickets are sold, ACNI’s data shows.

Annually funded organisations are broadening their reach in some key areas.

There was a 10% increase in the number of postcodes visited by organisations last year and 22% of all activity  now takes places in Northern Ireland’s most deprived neighbourhoods – an average increase of 2% per year since 2016.

But while the frequency of visits to these neighbourhoods increased, the sum of activities delivered fell by 41%.

ACNI’s data shows the boost was concentrated in higher education, nurseries and independent schools. There was no increase in working in secondary schools last year and the level of activity in primary schools has fallen by 43% over the last three years.