NI arts sector warned 2019 may be ‘most challenging year yet’

“The future is bleak unless new innovative solutions to the funding challenge can be found,” says the Chair of Arts Council Northern Ireland. 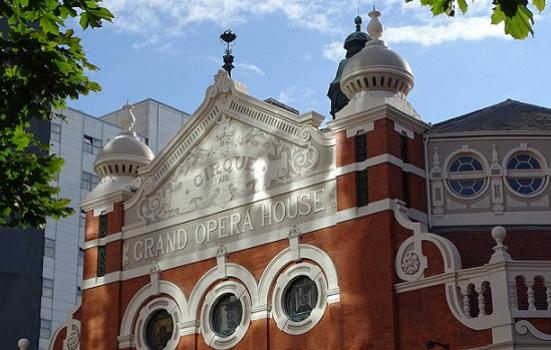 Arts organisations in Northern Ireland have been warned that 2019 may be “the most challenging yet”, given predictions that the national funder’s Government grant will fall again next year.

The Arts Council of Northern Ireland (ACNI)’s most recent financial accounts predict a 4% funding cut in 2018/19 from the Government’s Department for Communities.

A similar cut this year resulted in most of the nation’s 107 core-funded arts organisations losing between 2% and 4% of funding. But the accounts suggest the fall may be greater next year: “Having absorbed much of the budget reductions of 2017/18 and previous years through a programme of internal savings, it may not be possible for the Arts Council to protect the sector from the full impact of further budget reductions in 2018-19,” it reads.

Roisin McDonough, ACNI Chief Executive, said that these cuts came in the context of a 40% real terms drop in Northern Ireland’s public arts funding over the past six years. “This downward trajectory of investment has created a significant disparity and a widening gap between the level of support in Northern Ireland and that of the rest of the UK and the Republic of Ireland,” she writes.

ACNI Chair John Edmund was similarly downbeat, writing: “The past year was a difficult one financially and with the only prospect further cuts in the year to come, the future is bleak unless new innovative solutions to the funding challenge can be found.”

In 2017/18 ACNI distributed a total of £13.1m to core-funded clients. Funding was also allocated late, which Murphy said was partly down to the collapse of the government at Stormont.

£4.7m of this core funding (36%) was drawn from the National Lottery to offset operational and programming costs, but ACNI’s increasing reliance on the Lottery in the wake of additional public funding cuts may cause concern among the sector.

Edmund also stresses that Local Government “has yet to commit to the level of funding that the arts’ strategic positioning might reasonably command,” despite new responsibilities and a community planning process.

He adds that low levels of arts funding from national and regional governments “ultimately means that Northern Ireland will miss out on great opportunities”, and promises to advocate for the potential of the arts sector to local industry, trusts, foundations and Government.

These sentiments stand in contrast to previous comments from Edmund, who provoked a public denouncement from ACNI’s own board and from 51 regularly funded arts organisations after he criticised the arts sector’s “high level of dependency” on public funding and later called for arts organisations to be “realistic” and develop “more sustainable” models.