Annually Funded Organisations are suffering “damage to long-term sustainability”, having slashed marketing budgets in the face of core funding cuts of almost 40% over three years. 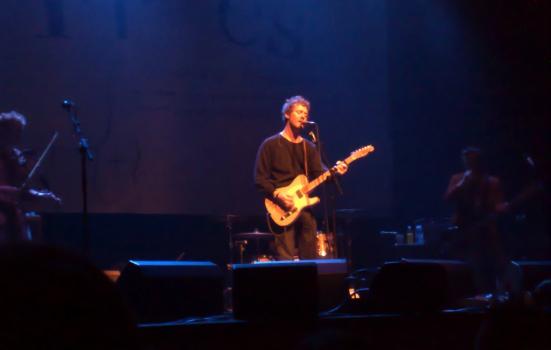 A performance at the Grand Opera House in Belfast

Arts attendance in Northern Ireland is falling rapidly as cash-strapped venues rein in their spending on programming, artists and marketing, research commissioned by the Arts Council of Northern Ireland (ACNI) has found.

The internal report, released following a Freedom of Information request by ArtsProfessional, finds that between 2014 and 2017, audiences for performances at ACNI’s portfolio of Annually Funded Organisations fell by more than a quarter, while exhibition visits dropped by almost 50%.

The dramatic decline in attendance took place as ACNI cut its core funding to the portfolio by almost 40%.

The independent review, carried out by Annabel Jackson Associates, finds that the arts organisations are under “financial stress” and suffering “damage to long-term sustainability”, warning that any further cuts “are likely to be counterproductive”.

It finds that ACNI’s total core funding for its portfolio organisations fell from £14.1m to £8.8m – a drop of 38% – during this period.

Smaller venues have fared particularly badly: the proportion of ACNI’s annual funding awarded to organisations with a turnover of less than £200,000 fell from 21% to 19% over the three-year period, while the share for those pulling in more than £800,000 a year rose from 36% to 37%.

When other programmes are included alongside the core annual funding, overall funding from ACNI to the organisations fell from £15.8m to £13.9m. Funding from many other public sources has also fallen, but this has to some extent been mitigated by increased income from other sources. Annually Funded Organisations’ income from the Arts Council of Ireland, earned income, and income from trusts and foundations all rose over the three years.

This pressure on finances appears to have led arts organisations to adjust their spending priorities, with a reduced emphasis in several key areas. The proportion of expenditure dedicated to programming costs has fallen from 63% to 56%, and artist costs have dropped from 41% to 35% of total spend.

Publicity and marketing spending has been squeezed from 4% down to 3% – in contrast to an estimated average marketing expenditure at Arts Council England National Portfolio Organisations of 5%.

The report adds that “building maintenance seems low across the whole portfolio, which might be storing up problems for the future”.

Speaking to AP, Jackson emphasised that the key figures were the annual funding amounts, rather than the overall income, because the latter includes many project-specific grants that cannot be used for purposes like marketing.

“The Arts Council of Northern Ireland has been doing the best it can with reduced government funding and arts organisations have been working really hard. Until recently they were just about managing to carry on, but over the past three years they passed a threshold beyond which cuts have started to do real damage.”

The Annually Funded Organisations have not reduced the quantity of their creative output. Between 2014/15 and 2016/17, the number of performances was maintained, the number of exhibitions rose, and participatory activity also increased.

But audiences nonetheless fell significantly over the same period. Attendance at performances dropped from 3.2 million to 2.3 million (27%), and the numbers visiting exhibitions fell by 49%, from 1.2 million to 628k.

The report notes that the exhibition attendance numbers are “less easy to interpret than for performances, as the exhibition planning cycle is longer and so figures are more affected by the timing of data gathering, but the trend seems clear”.

The report notes that the same trend is shown in government figures for the Northern Ireland population. Between 2011 and 2016, the proportion attending arts events at least once in the last 12 months fell from 80.5% to 74.6%, while the percentage attending more than three times in the previous year fell from 49.0% to 40.4%.

The authors say that the fall in audience numbers may be “because of the low level of marketing/publicity/promotion and cuts in other overheads”, adding that this combination “could be described as an unfortunate or even a false economy”.

They add that “the reduction in funding has caused arts organisations to cut back on discretionary funding and investment which might be expected to have negative consequences for the number and profile of audiences and their quality of experience in the short, medium and long-term.”

In contrast to the audience figures, the number of people participating in activities run by portfolio organisations has increased significantly over the three years, rising by 85% from 466k to 863k.

But the report stresses that “it is important to note that number does not equate to quality or impact…depth on engagement (repeated attendance from a smaller number of participants) has been shown to have deeper and more sustainable impact than a more shallow approach”.

It recommends that Annually Funded Organisations should be supported to “concentrate on depth rather than breadth in their participative work, and to more strongly link projects to audience development”.

The report stresses the contribution that the arts can make to healing Northern Ireland’s divisions, saying: “The programmes delivered by ACNI have a special significance and urgency because of their unique ability to reduce sectarianism by bringing participants and communities together to share joyful and constructive experiences.”

It adds that ACNI’s delivery of a high-quality programme has been “a remarkable achievement given the funding cuts. However, damage to long-term sustainability is evident, especially in the Annually Funded Organisations.

“Any further funding cuts are likely to be counterproductive because of the resulting reduction in audience and participation: the arts sector will always prioritise artistic programming, but has cut back the marketing and audience development that ensure people can hear about and benefit from this work.”