The Arts Council of Northern Ireland has reported that average ticket prices have risen above the rate of inflation over the last three years. 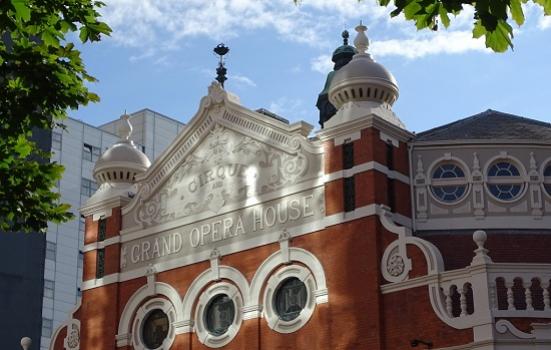 The Grand Opera House in Belfast, one of ACNI's Annually Funded Organisations
Photo:

The Arts Council of Northern Ireland (ACNI) has warned the 106 organisations in its Annual Funding Programme that inflation-busting increases in ticket prices risk preventing the most disadvantaged groups in society from accessing their work.

If the yield had risen in line with inflation during this period, the average last year would have been £15.75.

“Average ticket prices have risen above inflation over the last three years,” says the report. “Whilst this increases earned income, it will also reduce the affordability of tickets, potentially restricting access to the arts for disadvantaged groups within society”.

But it appears that the expected increase in earned income has been difficult to realise.

While average income per ticket sold across the whole portfolio rose by 20% last year, its total income from tickets fell by £500k (-3%).

Compared to the previous year, in 2017/18 annually funded organisations:

Despite there being fewer tickets available, audiences for performances grew by 16%, and the portfolio’s total earned income was down by just £200k. It continues to comprise about 42% of these organisations’ total income.

Increase in participation and audiences

The report says the increase in participatory activity “may reflect the increased emphasis funders are placing on arts organisations to deliver a range of social outcomes through participation-based interventions.”

And it concludes that the growth in festivals “reflects the sector’s ability to adapt to changes in consumer demand and make the most of commercial opportunities presented”.

An ACNI report released earlier this year warned that “it is important to note that number does not equate to quality or impact” and recommended that Annually Funded Organisations should be supported to “concentrate on depth rather than breadth in their participative work, and to more strongly link projects to audience development”.

It also found that audiences for performances at the portfolio organisations had fallen by more than a quarter between 2014 and 2017, alongside core funding cuts of more than 40%.

The review, carried out by Annabel Jackson Associates, found that core-funded organisations were “showing signs of financial stress”, with evidence of “damage to long-term sustainability”.