An acclaimed headteacher said that ringfenced funding for arts subjects will amount to ‘throwing money down the hole’ unless schools are also encouraged to value wider curriculums. 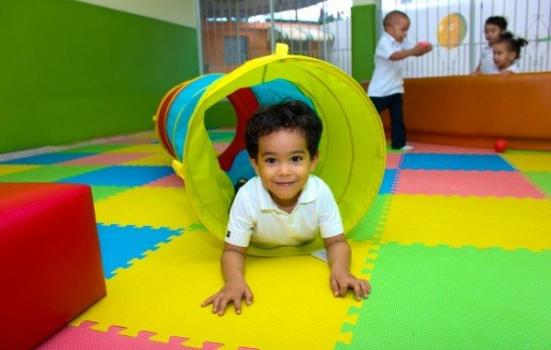 The head of a primary school acclaimed for the way it has used the arts to transform its results has called for a shakeup of the way school performance is measured, to incentivise broader curriculums.

Naveed Idrees, Headteacher of Feversham Primary Academy in Bradford, told MPs on the DCMS Committee he had devised a cost-neutral annual measurement solution that would take senior leadership teams little time to complete and could be standardised across the country.

He argued that it is only by measuring the richness of curriculums as a whole that institutions will be encouraged to invest in the wider cultural experiences and innovative teaching methods that improve wellbeing and ensure children don’t “hate learning”.

Idrees’ proposed solution, which he outlined to the committee’s ongoing inquiry into the social impact of arts and sport, would consist of a curriculum return, including questions on areas such as the prevalence of learning outside the classroom (through forest schools and residential trips), opportunities for schools to learn from specialists, and the balance between teaching through discrete subjects and through themes.

Former pupils would also be asked to fill in a survey about their experiences of the curriculum, their wellbeing and their desire to continue learning.

Idrees stressed that the infrastructure of arts organisations, bridge organisations and music hubs is already well established and could be leveraged to evaluate the system. “They should be doing an annual visit to schools and looking at the survey and the questionnaire to see if it triangulates with the school,” he said. “That would give you annual feedback which would feed into a standardised score which could be shared with everybody and would value the enrichment aspect of schools.

“And for schools with a lot of enrichment, it would allow them to celebrate that – because at the moment no one knows about your curriculum, and there’s no incentive for it to be wide.”

Spirit of the curriculum

Feversham has earned national acclaim for embedding music across the curriculum and considering English and Maths as ‘tools’, rather than ‘core subjects’ – and in doing so, transforming an institution earmarked for ‘special measures’ by Ofsted into one ranked in the top 1% of the country.

“If we’re only reporting on tests, we’re sending a message that other subjects aren’t important,” said Idrees, who added that schools with rich curriculums need to be rewarded.

“We’ve [as a sector] completely ignored that – not because headteachers don’t want to do it, but because the system is dragging everyone down.”

The comments come amid growing concern about the position of arts subjects in education, given continued Government support for the EBacc policy, which has been accused of squeezing the arts out of schools and entrenching gender stereotypes across a range of subjects.

The inquiry is considering the impact of participation in culture and sport on education, alongside its effects on health and communities.

Previous sessions have heard that culture needs its own public health campaign on the model of the ‘5 a day’ messaging for fruit and vegetables, and that the lack of a joined-up strategy is preventing successful social prescribing initiatives from becoming more widely adopted.

Lye endorsed Idrees’ call for recognition of the importance of wide curriculums, saying that her organisation is prevented from funding more sports and education partnerships because of the increasing difficulty for charities to implement sport-in-school initiatives in a context of limited funding.

O’Donnell said her organisation was working on providing schools with dashboards of actionable data to help them understand which children are doing sport and arts as a basis for targeted interventions.

She added that reaching children who could benefit most from her charity’s work is difficult because schools struggle to find the money to pay for their activities – particularly when they see the work of Children’s University merely as a “nice extra”.

But Idrees said that the idea of an arts equivalent to ‘sports premium’ ringfenced funding, which was recently proposed by a major report, would not work as long as arts subjects are seen an “add on”.

“It’s not just about giving money to schools, it’s about creating need and accountability in schools to promote the arts,” he added.

“If the infrastructure doesn’t exist you’re throwing money down the hole, and as soon as the money goes the activity disappears. You’re also creating a dependency culture as someone does it for you, rather than building internal capacity.”