A committee investigating the positive impact of culture and sport on mental and physical health heard that a lack of funding and the absence of a joined-up strategy prevent initiatives becoming more widely available. 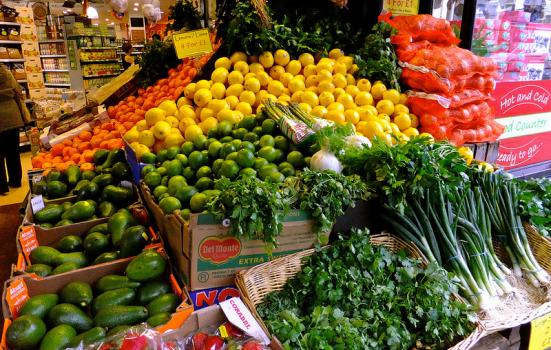 The Government should launch a campaign highlighting the arts’ impact on health that becomes as widely known as advice on taking exercise and eating fruit and vegetables, MPs have heard.

“We know about 'get your 30 minutes of exercise' and 'get your five-a-day fruit and veg', but at the moment there is no equivalent for arts and culture,” said Dr Daisy Fancourt of University College London, one of the people speaking to a Department of Digital, Culture, Media and Sport (DCMS) committee inquiry.

“That is a huge shame, because I do not think people recognise that these activities are inherently good for their health. We have a need for some really strong public health messaging campaigns that will raise public awareness about arts and health.”

Ministers were also urged to provide more long-term funding for arts and health programmes and be braver about supporting these activities, even if parts of the media attack them.

The inquiry, which began in January, aims to assess how participation in culture and sport could tackle challenges in the areas of education, crime, community engagement and diversity, health and social mobility. It seeks to find out how to measure the impact of cultural or sporting programmes, and the role of Government in the provision of culture and sport.

There was broad agreement among the speakers – who also included communications specialist Alistair Campbell and Susie Hall, Head of Arts at Great Ormond Street Hospital for Children –
about the power of both culture and sport to address challenges on an individual, social and community level.

“I think there’s a recognition that all of the components themselves support health, but what arts and culture do is bring them together in a very effective way because they combine the different components with an aesthetic beauty and joy,” said Fancourt.

Hall said that art in hospitals improved mood scores for both children and parents in waiting rooms, and participatory activities – such as a choir open to both parents and staff – help relieve stress.

She added that arts projects in spaces like hospitals are important because they reach a demographic that normally wouldn’t interact with the arts.

Campbell, now a mental health campaigner, offered a personal reflection on the impact of the arts on mental health. He said medication for schizophrenia is “awful”, but his brother, who lived with the condition, experienced a great improvement in the quality of his life as a result of his passion for playing music.

Campbell said that society should take social prescribing – where doctors refer patients to arts and community activities, rather than prescribing medication – more seriously, and “look for more cost-efficient, less obvious ways of doing things that are going to improve people’s mental health”.

“People are always going to moan and whinge about this kind of thing whatever,” added Campbell. “You have to show the people you are trying to get the money from that this is more effective… show that this is a way of saving money for the public sector in the long term.”

Social prescribing has become increasingly mainstream in recent years. Building on the success of an ‘arts on prescription’ plan in Cheshire, doctors across the North West committed to producing an arts and health strategy earlier this year. A recent survey also found that two-thirds of GPs believe engagement with the arts can make a “significant contribution” to preventing ill health, and Health Secretary Matt committed £4.5m to support doctors to prescribe the arts through a new scheme that aims to reach tens of thousands of people across England.

Prime Minister Theresa May this week released the first UK strategy for tackling loneliness, which includes a greater emphasis on social prescribing.

But the inquiry heard that one of the biggest challenges to a more widespread adoption of arts or sport and health initiatives is a lack of a coherent strategy across Government. DCMS Committee Chair Damian Collins noted that the current Sports Minister has nothing to do with sport in schools, or sport in prisons.

Campbell said the UK had never understood the economic and social and cultural benefits that come from a nation that is good at and passionate about sport, adding the Government missed an opportunity to coordinate and embed sport across all ministerial portfolios in the wake of the London 2012 Olympic games.

Fancourt echoed these comments, saying that in many ways arts and health programmes are thriving in spite of Government, rather than because of it. But she said this could be seen as a good thing, as it “shows clear need and clear benefit”.

Fancourt then outlined three barriers to the wider take up of arts and health initiatives:

“We know from psychology that just because you know something is good for you, that doesn’t mean you’re going to do it,” she added. “Often activities aren’t available in local communities. Or there are costs attached. Or libraries closures mean that in some communities there are no sorts of cultural hubs for them to go to.”

One MP asked whether more needed to be done to help GPs know whether the services they would refer patients to are effective. In response, Campbell urged those present to agree that if the system is formalised, it is done so in a way that does not take away from the “effectiveness and flexibility” or “require every small organisation to be perfect in every way”, such as by having police checks.

Fancourt also discussed two basic approaches to arts and health, in which NHS bodies can either commission arts organisations – thereby accepting that their healthcare budget would be more effectively spent on these – or simply act as signposts to activities put on by arts organisations.

The former approach has been used to demonstrable effect by Aesop’s Dance To Health project, which has found that its dance classes are about 25 percentage points more effective than the NHS’ falls prevention service. Fancourt added that the second approach is becoming increasingly common, with many GP clinics employing someone to oversee the referral of patients to relevant community activities.

This is exactly what the answer is to Mental Illness in society today, GP refferals to Drama and Arts associations on diagnosis of Mental Health issues. This has been proven with a project by Magna Vitae in Lincolnshire 1in4 check out you tube, Unordinary Assemble.