Life after Brexit: New advice on copyright and Creative Europe

Here’s what your organisation needs to know about funding and regulatory changes now that the UK is out of the EU. 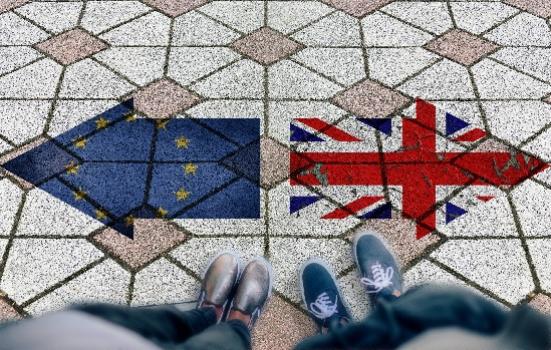 Britain is no longer part of the European Union – and that means change is coming.

The UK Government released post-Brexit guidance this week outlining what to expect during and beyond the transition period, which ends on 31 December.

A statement from Number 10 on Monday said “the question  for the rest of 2020 is whether the UK and the EU can agree a deeper trading relationship on the lines of the free trade agreement the EU has with Canada, or whether the relationship will be based simply on the Withdrawal Agreement deal.

“In either event the UK will be leaving the single market and the customs union at the end of this year and stakeholders should prepare for that reality.”

Here’s what arts and cultural organisations need to know.

The UK will continue to participate in Creative Europe until the programme ends in December.

Current Creative Europe projects, including those that finish after 1 January 2021, will continue and British arts and cultural organisations can still bid for Creative Europe funding throughout 2020.

Creative Europe Desk Head of Culture Christoph Jankowski said this is good news: “After the years of uncertainty and that real possibility of a no deal scenario, this provides the certainty that UK based organisations have been asking for.”

However, the UK’s ability to participate as a non-EU member from 2021 has not yet been assured.

Number 10 said it is “ready to consider participation in certain EU programmes … taking into account the overall value to the UK of doing so” once the union agrees its 2021-2027 Multiannual Financial Framework, which any future Creative Europe funding will be allocated under. This is expected in late March.

Some of the biggest changes will be to copyright and intellectual property rights.

However, UK goods protected by intellectual property (IP) rights may not be considered ‘exhausted’ within the European Economic Area (EEA) after the transition period, meaning their resale and distribution further abroad can’t be stopped.

If your organisation or business owns or exports IP-protected goods to the EEA – artistic, literary and trademarked works are all covered – the Government suggests that you:

•    Consider whether you want to export those goods beyond the UK and EU from 2021;
•    Contact rights holders to confirm their permission to export after 1 January;
•    Review your business arrangements, model or supply chain based on the outcome of discussions with rights holders. They do not have to give you their permission.

There will also be changes to libraries’, museums’ and archives’ ability to use “orphan works” – copyrighted materials whose rights holder is unknown or can’t be found.

Authority to digitise and distribute orphan works across the EEA will be repealed from UK law after January. Institutions may face copyright infringement claims if they make orphan works available online, including those that were uploaded before the end of the transition period.

By the end of the year, UK cultural heritage organisations must:

•    Remove any orphan works placed online under the EEA exception;
•    Consider registering them under the UK’s orphan works licensing scheme;
•    Limit access to registered works abroad to avoid copyright infringement in the EEA.

The Government says a new points-based immigration system will apply to EU, EEA and Swiss citizens from 1 January 2021, but has not released any detail on how this will work.

In the meanwhile, organisations looking to employ European staff must confirm their right to work in the UK as usual.

It does not appear current employees’ work rights will be affected, even after January: “You will not be required to undertake retrospective checks on existing EU, EEA or Swiss employees,” the Government advises.