EU culture budget at risk: what will it mean for Creative Europe?

It is feared that cuts proposed by the European Council’s presidency would “seriously affect" the amount of funding available for Creative Europe. 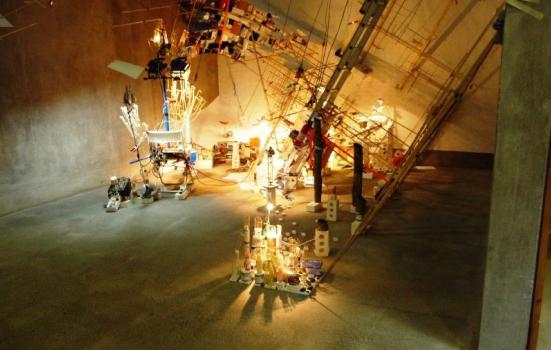 An artwork by Sara Sze at Liverpool Biennial, which has benefited from Creative Europe funding
Photo:

A €17.9m cut to European Union (EU) budgets used to fund culture could have “serious implications for Creative Europe and its culture sub-programme, hindering the impact of an already deeply underfunded programme,” critics of the proposal say.

A ‘negotiation box’ of spending for 2021-27 prepared by the European Council’s Finnish presidency includes a proposed 4.6% cut to budgets for “cohesion and values”. This includes funding for the European Social Fund (ESF), the European Regional Development Fund (ERDF), and Creative Europe.

Under Boris Johnson’s Brexit deal, UK countries can participate in Creative Europe until the end of 2020. A successor to Creative Europe will run from 2021 and is expected, like the current programme, to accept non-EU countries.

‘The picture is bleak’

The Finnish presidency is likely to face stiff opposition to passing its long-term budget given strong support for doubling the EU’s culture spending in 2021.

The European Parliament, which shares legislative and budgetary authority with the European Council, last year agreed a €400m increase already proposed by the European Commission, the executive arm of the EU, and a doubling of Creative Europe funding to €2.8bn.

A statement released by the European Parliament’s Culture and Education Committee’s Chair Sabine Verheyen said the Finnish proposal is “really wide of the mark”.

“We have been crunching the numbers and the picture is bleak,” said Verheyen.

The Committee did not respond to requests to provide its calculations.

A European Council spokesperson said more detailed figures on future cultural funding will not be available until the council, which works on a principle of “nothing is agreed until everything is agreed”, meets again in late March.

Advocacy group Culture Action Europe released an open letter to EU leaders that echoed Verheyen’s sentiments: “our culture and our talents support artistic freedom and media pluralism, which are crucial for maintaining open, inclusive and creative societies. Yet, culture is low on the EU’s political agenda, and these sectors remain structurally underfinanced.”

Creative Europe represents 0.15% of the EU’s total budget, the letter says: “this is by no means proportionate to our sectors’ contribution to the EU economy, which stands at €509bn in value added to GDP and over 12 million full-time jobs.”

It continues: “The contribution of Europe’s cultural and creative sectors to the social, economic and artistic development of Europe fully justifies the added value of EU investment in culture.”

Culture Recovery Fund grants are expected to save more than 10,000 roles. What happens next will determine whether the industry emerges...

Thursday, 22 October 2020
As part of a drive to boost diversity and inclusion in the music industry, UK Music’s Diversity Taskforce is calling on the sector to drop the “outdated and offensive” term BAME. The recommendation... read more