On the eve of Brexit, musicians and authors are calling for equivalent legislation to safeguard their intellectual property rights. 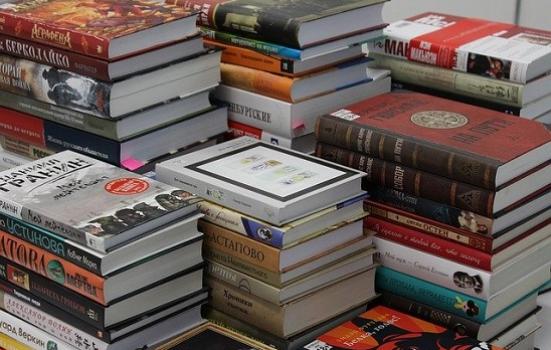 Authors are especially vulnerable as Britain leaves the EU without a clear plan for copyright legislation
Photo:

Universities and Science Minister Chris Skidmore’s announcement that the Government “has no plans” to implement the European Union (EU) Copyright Directive represents a sharp U-turn in UK policy: Conservative lawmakers voted to pass the directive in the European Parliament in March. Last week, DCMS Minister Nigel Adams told a House of Commons debate the Government supports “the overall aims of the copyright directive”, even though it won’t comply with it.

The decision could have wide-reaching implications for British creatives, many of whom supported articles in the directive that aim to strengthen their bargaining position and better balance their earning potential with the profit margins of online platforms. “The proposal will have a positive impact on copyright as a property right,” the directive notes.

CEO of the Music Managers Forum Annabella Coldrick said the regulations are “about much more than the value gap”, offering an opportunity to “recalibrate” intellectual property legislation to the benefit of those who contribute to the success of Britain’s creative industries.

“For advocates of Brexit, the UK’s departure from the EU was supposed to provide clarity and certainty. Unfortunately, … the UK’s artists, songwriters, musicians and producers now find themselves faced with the reverse.”

Musicians’ associations were quick to criticise the change in policy, calling it “concerning” and “extremely disappointing”.

IMPALA, an association of independent music companies across Europe, said it would be “illogical” for the UK not to follow through on its initial support for the directive.

“Many UK members of the European parliament fought extremely hard for more than three years. They took risks to make sure the directive would be approved. And now, creators from their own country may not be able to benefit from it. That would be a hard pill to swallow.

“The good news is that the UK can align its legislation even if it doesn't adopt the directive as such. In other words, it can still deliver on its promises and remain a leader in Europe."

PRS for Music Chief Executive Andrea Martin said if UK creators were not going to receive the same levels of protection as their European counterparts, then the Government must “set out clearly and quickly how it will ensure the UK remains an attractive home for creative businesses and their rights”.

UK Music Deputy CEO Tom Kiehl said: “A plan must be in place to achieve these aims, otherwise Government support for the proposals appears weak … If it is the case that Brexit presents an opportunity for the UK to write its own laws, then there is no excuse for a delay.”

Authors’ Licensing and Collecting Society (ALCS) Deputy Chief Executive Barbara Hayes laid out the scale of the challenge the Government’s decision presents to authors: “At a time when the UK creative industries are growing to unprecedented levels we are also seeing a persistent decline in the earnings of professional authors, representing a real terms decrease of 42% since 2005.”

Adherence to the directive would provide greater protection for copyright-owning authors as Britain exits the EU. Digitisation and globalisation have pushed writers to compete for lower fees, with contracts increasingly including extensive reproduction rights for no extra payment.

The EU is one of the largest markets for publishing, accounting for 30% of the industry’s exports. Until now, the UK has been part of the European Economic Area’s ‘exhaustion framework’, giving authors and publishers first sale rights within Europe while selling books at a suitable price in other economies.

A 2018 All-Party Parliamentary Group (APPG) report on writers said this system “has allowed publishers to build a strong and vibrant domestic book market by preventing the import of cheaper editions from elsewhere in the world, enabling better investment in UK authors”.

“If the UK were to adopt an ‘international exhaustion’ regime, publishers could find they are undercut by foreign publishers with a lower cost base, with rights owners unable to prevent this without ending legitimate sales abroad.”

The report notes the importance of authors’ rights to the wider creative industries, saying film, television and video games depend on the supply of their intellectual property.

The directive’s most controversial article requires online platforms to prevent the spread of copyrighted materials, potentially through automatic filtering.

The directive does not prevent the use of copyrighted work for “quotation, criticism, review, caricature, parody and pastiche”.