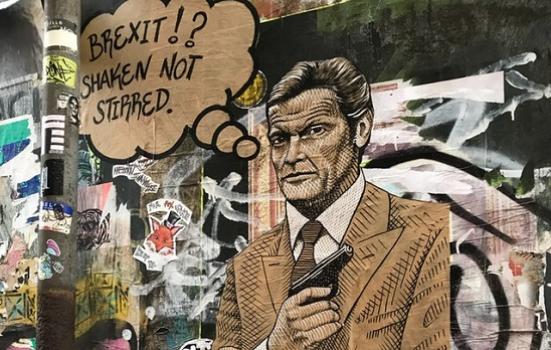 Arts workers are too scared to share potentially unpopular opinions about Brexit, with many in the sector considering a pro-Brexit stance akin to “career suicide”.

And some have even faced threats or sanctions for expressing their views.

Early analysis of responses to ArtsProfessional’s recent Freedom of Expression survey shows that certain political positions – and Brexit in particular – are taboo in the cultural sector. Workers in favour of Brexit are holding their tongues rather than risk a backlash from their overwhelmingly Remain colleagues: a pre-referendum poll by the Creative Industries Federation showed that 96% of workers in the creative industries would vote to remain.

The new survey shows that owning up to having voted Leave – or expressing sympathy with it – is felt to be damaging professionally, despite 17.4 million Britons having voted to leave the European Union. In the words of one respondent, “most of the opinions of these people, on many subjects, would lose them employment in the publicly funded arts sector in the UK”.

But pro-Remainers fear speaking openly about Brexit too, partly due to potential kickback from the right-leaning press, but also in some parts of the country that voted heavily pro-Brexit. In some Conservative-run areas, decision makers worry anything critical of the current government will result in a backlash from funders.

Several respondents were told they would face disciplinary action for expressing their views on Brexit – even if they were European nationals whose work rights could be affected.

Perhaps unsurprisingly, arts workers with pro-Brexit views are lying to their colleagues. Respondents variously described talking openly about supporting Brexit as “go[ing] down terribly, “quite impossible” and “beyond the pale”.

Organisations sometimes assume all their workers feel the same about Brexit. One person said their workplace had “ostracised” people who voted to leave the EU: “Remainers plaster ‘Bollox to Brexit’ stickers all over the office. We have also received emails containing petitions to stop Brexit from the CEO despite half the office voting to leave.”

Some survey respondents shared examples of times where artistic and funding decisions were dictated by organisations’ position on Brexit.

One person who works for a publicly funded body said they were told to suppress data their own organisation had commissioned that showed Brexit had increased the UK’s attractiveness to young people in countries outside of Europe.

Another spoke of a project that was rejected for funding at the council committee level because “it acknowledged a post-Brexit world”.

But in other organisations, a pro-Remain stance was considered problematic. One respondent explained how local councillors with a pro-Brexit stance pressured a council team leading a European Capital of Culture campaigning bid to pull out.

“We continued to put out messages of support but they had to be very carefully crafted to avoid trolling and we offered advice to our network members to keep themselves safe as we anticipated negative comments,” that person noted.

Another organisation responded to an artist’s fears that the pro-Remain views expressed in their work would lead to intimidation by pro-Brexit campaigners, and tailored the publicity and the event accordingly: “It was dumbed down.”

Further analysis and the final report on ArtsProfessional’s ‘Freedom of Expression’ survey will be available from early February.

Interesting. I would say that talking about Brexit at all, whatever your view is, is very difficult. Even acknowledging that it is happening at all is seen as challenging, which makes it hard to move beyond all this, to try and think of strategies that will minimise the undoubted impacts on everyone. Currently, the message is that there will be pain and businesses will suffer (Javid, over the weekend) but tough: we're supposed to prepare in a vacuum. This is a far cry from 'easy-peasy' and so on. Given that the arts are 'services' and there's been no mention of that in any of the documents yet - despite making up 80% of our economy - I struggle to see the positives, and I have tried over the past 3 years, very hard. On the other hand, those on the other side do not seem to have come up with many solid suggestions about how we will maximise all these opportunities that apparently exist just over the horizon. Reading about the depth of division and discord, it seems to me that this is our second Civil War.