Three outer city venues around Leeds were found to have generated committed core audiences in areas perceived as barren. 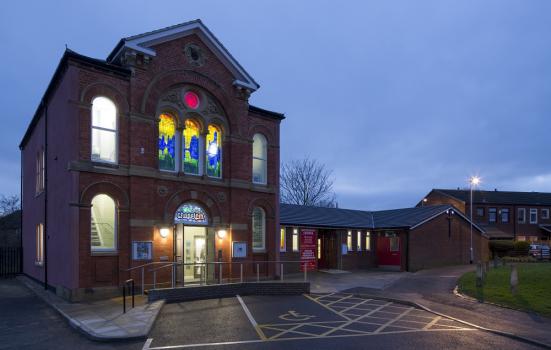 Cities should do more to harness the benefits that small arts organisations in unglamorous outer areas can bring to their cultural life, a new report argues.

The authors say that “there is cultural activity taking place in non-city centre areas that are perceived to be barren, undesirable places to live and not common destinations to engage in cultural activity.”

They believe the research demonstrates that “this activity has an audience that is interested and willing to engage, and that the venues not only generate audiences within their local communities but also contribute to the movement of audiences across and into the city.”

The research, funded by Leeds 2023/Leeds City Council and Leeds University, focused on three organisations that are part of the Donut Group – a network of 11 venues in Leeds that lie outside the city centre and informally support each other in management, marketing and programming.

The organisations examined were:

Among audiences, “it was perceived as very positive that cultural activity of the kind that the venues offer takes place outside the city centre,” says the report. The venues were seen by their audiences as being “homely”, playing a positive role in their communities and bringing new visitors to their areas.

The response in the organisations’ local neighbourhoods was more mixed. There was a positive reaction to the way the HUB was contributing to urban regeneration, but the researchers found a “poor understanding” of Chapel FM’s purpose and an overall sense of “dis-identification” with Left Bank Leeds.

Awareness of the venues in their local areas was also found to be limited. “Generally the reasons given for not attending the venues are lack of knowledge of what it is and confusion about what goes on in the venue,” says the report.

The report highlights Chapel FM as being the organisation that has best engaged local audiences: “It is clear that audiences in Chapel FM are committed to the venue, enjoy the programme and see the venue doing great work in an area where the cultural offer is seen as otherwise virtually non-existent.”

Its audience did not tend to attend other arts venues in Leeds or travel far out of the Seacroft and Crossgates areas in East Leeds.

In contrast, the audiences at Left Bank Leeds and the HUB were more likely to attend other arts venues in the city, and researchers found that overall, “the reach of the Donut venues covers a large portion of Leeds, and beyond”.

But the report warns that more could be done to increase the visibility of activity at these cultural centres, saying: “Communication between the different arts and culture stakeholders within the city is in need of improvement,” and that “this would result in a better management, profile and delivery of the city’s cultural provision”.

The authors believe the project “fills a gap in cultural policy research by looking at organisations that are usually overlooked”.

The organisations studied “all offer interesting and innovative models of practice as community-based venues,” they said.

“We believe that these models are worth exploring further, and that additional evaluation of the impact that the venues have on their audiences and their neighbourhoods is needed to understand the workings and the value of these models better.”