Decline in creative A Levels accelerates

About 6500 fewer students sat A Levels for creative subjects this year, outpacing a general decline in the number of exams taken by 5%. 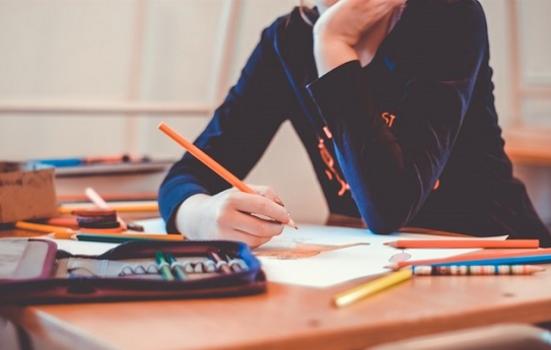 Fewer and fewer students are taking creative subjects at A Level

A decline in the number of UK students sitting A Levels in creative subjects is accelerating, an analysis of official data shows.

About 6500 fewer students sat the qualification in six creative subjects – Art and Design, Music, Design and Technology, Drama, Media, Film and Television Studies, and Performing and Expressive Arts – this year, representing a 6.5% decline since 2018. This is compared to a 4.3% decline in the same subjects between 2017 and 2018, and a 2% drop from 2016 to 2017.

The number sitting Performing and Expressive Arts, the hardest hit subject, has halved over the past five years, while the decline is least evident in Art and Design, which experienced a 5.7% drop over the same period.

Data released by the Joint Council for Qualifications (JCQ) shows the plummeting rate of students taking creative A Levels cannot be attributed to a shrinking cohort of students pursuing those qualifications in the UK.

The 6.5% drop over the past year is significantly higher than the decrease of 1.3% in students sitting A Levels generally.

But in 2015, when nearly 50,000 more students were sitting the qualification, creative A Levels represented 13% of all entries sat.

Art and Design has remained the most popular, attracting 5.3% of entries sat in both 2015 and 2019, while the proportion of Media, Film and Television A Levels sat has fallen from 3.3% of all entries to 2.7% over the same period.

History and Geography at GCSE level count towards the English Baccalaureate (EBacc), which has been widely seen as a cause of a similar decline in entries into GCSE arts subjects.

“It is particularly bad news for our efforts to continue to produce highly skilled and talented professionals who often go on to teach music or play in one of the UK’s world-leading orchestras.”

The most recent A Level results confirm a persistent gender gap, with 24,000 more female students sitting creative subjects than male students this year.

Performing and Expressive Arts has routinely attracted many fewer boys – about 1000 more girls than boys sat the A Level this year. Music is also more popular with girls, whose entries into the subject have dropped about 12% since 2015, compared to 34% for boys.

However, the opposite trend is apparent in Design and Technology, which had more than twice as many boys as girls sitting the qualification this year. While entries by male students have declined by nearly 6% since 2015, the number of female students has dropped 35.5%.

The only increase in A Level study of a creative subject in the past five years has been in boys taking Art and Design (2.5%).

This article doesn’t address the issue of overstretched school funding - my daughter’s school last year decided it had to drop all arts subjects, including Drama, Music and photography at a level as well as all modern languages. Despite at least 12-14 wanting to study drama this wasn’t apparently economically viable. She therefore had to move schools as the subjects were dropped at very short notice. It isn’t just about students choosing not to study these subjects but being able to do so.

No let-up in arts A level decline
Advice on arts A Levels is not Government’s business, says minister