Last week’s A level results appear to confirm a feared knock-on effect of the introduction of the EBacc at GCSE level. 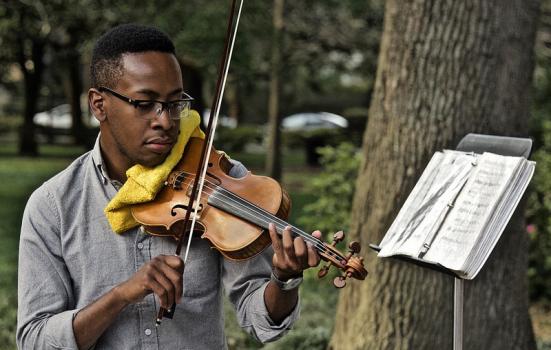 tvdflickr via Visual Hunt / CC BY

The continuing decline of the arts in England’s schools was evidenced by last week’s A level and AS level results.

Figures released by the Joint Council for Qualifications (JCQ) show a 2% drop in the number of students completing A levels in creative, artistic and technical subjects in 2016/17 compared with the previous year.

Following Government reform of AS levels – the qualification immediately succeeding the GCSE – the number of students sitting arts and creative AS levels has fallen even more dramatically, with entries into four subjects, including drama and music, falling by over 50%.

Art and design subjects were the only creative subjects to see an increase in the number of students taking them at A level (up 1.3%), while the most severely affected were music (down 9.4%), performing and expressive arts (down 13.5%) and media/film/TV studies (down 4.2%).

The changes to the number of students sitting A levels in arts and creative subjects in England are as follows:

JCQ has labelled the ‘decoupling’ of AS and A levels – a reform which is leading many students to study a two-year A level without completing an AS level – a “significant driver” in the fall in students studying AS levels, which declined by 42% across all subjects in England.

The impact of this drop on A level entries remains to be seen, but the pace of decline of students sitting arts and creative AS levels has outstripped the average across most subjects: music was down 50.2%; drama was down 66.3%; and performing and expressive arts subjects were down 70.5%. The number of students taking art and design courses – the only arts subject area to increase the number of entries at A level – has also more than halved, down 51.1%.

The news follows repeated warnings that the English Baccalaureate (EBacc) – a Government performance measure based around a suite of GCSE subjects – is narrowing the curriculum and diminishing pupil choice, satisfaction and wellbeing.

Speaking about last week’s figures, Deborah Annetts, Chief Executive of the Incorporated Society of Musician and founder of the Bacc for the Future campaign, said: “The English Baccalaureate, as revealed in the Government’s own figures and numerous studies and academic research, has had a devastating impact on arts subjects in our secondary schools.

“These new figures further demonstrate the decline at a time when now more than ever we need creative subjects in our schools.

“The creative industries contribute a staggering £90bn a year to the UK and their continued success rely upon the talents and skills coming through our schools. This should be a wake-up call to Government that their EBacc plans need to be rethought, before any more damage is done.”