Advice on arts A Levels is not Government’s business, says minister

Parliamentary Under-Secretary for Education Lord Agnew said that arguments for  music to be viewed as a ‘facilitating subject’ should be taken to the universities. 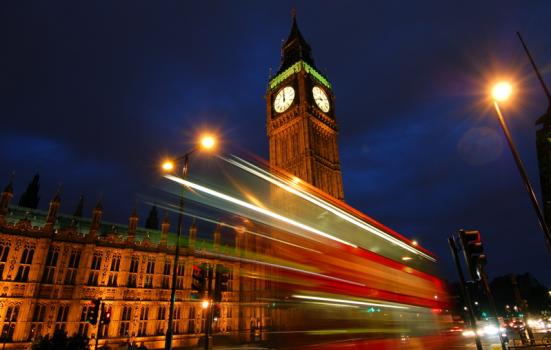 tonyhall on VisualHunt / CC BY

A Government education minister has said that the issue of which A Level subjects are recommended to students applying to leading universities was one for the universities themselves to respond to – not the government.

The list of ‘facilitating subjects’ set out by Russell Group universities – which include maths, English and science but no arts subjects – has been criticised by educational campaigners for discouraging students from taking arts subjects both at A Level and at GCSE.

The Russell Group says that the advice is “not about ‘hard’ or ‘soft’ subjects, but those which keep your options open.”

Lord Agnew of Oulton, Parliamentay Under-Secretary of State in the Department for Education, made the comments in a House of Lords debate about the “existential crisis” facing music in schools.

He acknowledged that the significant rise in the number of pupils studying geography and history at GCSE – described as a “matter for great celebration” – was directly related to the list of facilitating subjects.

“One of the main reasons why we pushed for this was to help those from disadvantaged backgrounds get a decent chance of going to a good university,” he told peers.

“I accept that music is a very challenging subject and it should get recognition, but that fight should be taken to that [university] sector.”

Agnew was responding to comments from Baroness McIntosh of Hudnall, who said that the Russell Group’s advice was “profoundly unhelpful”.

McIntosh had explicitly called for a change of stance from the Government, saying: “[Music] is not a soft option or a ‘nice to have’ and it would be a good thing if the universities and the education department recognised that a student who comes out of schools with A-levels in, say, music, chemistry and maths is well-equipped for the life that they are likely to lead”.

In July, a House of Lords committee heard that the Russell Group’s list of facilitating subjects was “not actually underpinned by any evidence” and that the universities should revisit the advice.

The debate last week was tabled by Conservative Lord Black of Brentwood, who expressed concern that “increasingly few children have anything like such opportunities as I did”.

“Instead of music being a fundamental right of all children, it is rapidly becoming the preserve of the privileged few at independent schools as it dies out in the state sector,” he added.

“As I hope that this debate will show, music in this country is now facing an existential crisis, which only urgent, radical action from the Government will be able to reverse.”

Lord Black argued that schools are the crucial entry point to the pipeline of talent, and that the UK’s great tradition in the creative industries is “not because our nation is somehow innately creative”, but because the country has a strong arts education system with music at its core.

“Music is literally disappearing from our schools, and that is, I hate to say, a direct result of government policy.”

Lord Clement-Jones noted that the music industry is worth £1bn and vital to the UK, and unless the decline in music is reversed, the talent pipeline to produce the next generation of stars to follow Adele, Ed Sheeran and Stormzy “will suffer a major blow”.

He also criticised the “artificial distinction” being made between science and creative subjects, given the equal importance of creative skills and science and maths for the country’s increasingly digital future.

Oulton acknowledged that the EBacc performance measure was raised by “nearly every speaker”, including Lord Wallace, Lord Aberdare, Lord Clement-Jones, and Lady Bloomfield.

Recent AP research found that the take up of EBacc subjects at GCSE has grown by 5% this year, whilst there has been a 13% fall in entries for non-EBacc subjects.

Lord Black said that one of the “terrible consequences” of the EBacc is that there is a huge divide between the provision of music in state schools and the independent sector, and that music “is increasingly becoming the preserve of the wealthy”.

He described the situation as “grave and urgent”, envisaging a bleak future in which fewer and fewer pupils go on to study A-level music, music departments in schools shrink further, and where there is an increasing gulf between those who can pay for music education and those who cannot.

The Earl of Clancarty pointed out that 20% of arts teachers have been lost since 2010. “It is getting a little frustrating having to quote back to the department year after year its own figures, alongside all the other evidence,” he said. “It is frustrating to be faced with a department which seems to want to continue to bury its head in the sand.

“It seems extraordinarily unconstructive that the Government merely ignore the views of expert bodies and schools organisations such as the Association of School and College Leaders.”

He pointed to research by Sussex University last year which found that 70% of secondary school music teachers have had to teach outside of their subject area since 2016.

Lord Lipsey talked about the financial barriers for young students without support in schools, given that a grade 8 quality violin would cost between £1,000 and £4,000, and a bassoon would cost £15,000.

Baroness Redfern stressed the importance of giving as many children as possible, including those with disabilities, the chance of playing in an orchestra. She said that music can help improve their “social interaction and verbal and emotional understanding” of young people with cognitive impairments, enhancing the quality of their relationships.

Closing the debate, Lord Black said there are “glimmers of light”, with charities seeking to plug the gap. But there is a risk these will be “snuffed out”.

He said the Government is “in denial” and urged the Minister to take back a strong message “that it is time that the Government looked at the facts here”.