The number of exams sat in arts subjects was down 10% on last year despite an increase in overall entries, and a faster increase still in EBacc subjects. 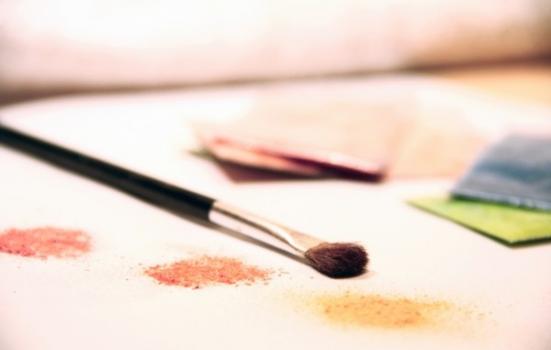 Art and Design was the only arts subject to have more entries than last year
Photo:

The release of this year’s GCSE results has confirmed the unabated decline of arts subjects in English schools, with entries falling by 10% in one year.

Almost 50,000 fewer exams in arts subjects were taken in 2017-18 than the year before, with the largest drops again being borne by design & technology.

The news has been met by outcry in the sector, including renewed calls to reverse the “deeply damaging” English Baccalaureate (EBacc) education policy accused of squeezing arts out of schools.

AP reported on the fall in GCSE entries earlier this year, noting that the total fall in entries has reached almost 150,000 over the past five years, plummeting by 25.6% since 2014. Total GCSE entries have grown by 3.4% over the same period.

This year’s results confirm the trend, revealing a 1% increase in total GCSE entries, but a 10% drop in overall arts entries. Aside from art & design, which increased by 3,977 entries (2.4%), every arts subject was down by at least 6%. The biggest fall in numerical terms was suffered by design & technology, which dropped by 37,000 entries (24%).

In contrast, EBacc entries are up by 172,000 (4.6%). The numbers of students taking each of the core EBacc subjects increased, apart from in French, maths, and English literature, which fell by a combined 29,000 entries. Large increases in science helped bolster the results, with biology alone increasing by 32,000 entries.

The EBacc has faced sustained criticism for squeezing arts out of schools, from experts in both arts and education. Writing about 10 things “wrong with our education system” in The Sunday Times last weekend, former Conservative Education Secretary Lord Baker said the biggest issue was that “creativity and skills are being driven out of schools”. He wrote that huge declines in subjects such as design & technology were the result of the “narrow academic curriculum” of the EBacc and the Progress 8 school performance measure.

Responding to today’s results, Deborah Annetts, Chief Executive of the Incorporated Society of Musicians, said: “Over the past two years, the uptake of music GCSE has fallen by over 15% – just this year it has fallen by 7.4%.

“This is against a background of the government claiming that the EBacc is not detrimental to the take up of arts GCSEs. This is simply not true. We call on the government today to reverse the deeply damaging EBacc policy.”

She continued: “More than ever we need a comprehensive education policy which will give our students what they need in a post-Brexit, digital world. The EBacc simply isn’t it.”

The new GCSE qualifications – in which letter grades have been replaced with a number score from 1-9 – have also been criticised extensively for making exams too difficult and placing extra stress on pupils. Chris Keates, General Secretary of Teachers’ Union NASUWT, said in a statement yesterday that substantial changes like those enacted “should never be handled in such an incoherent way”.