Covid-19 closures could cost more than £1m per day

New research showing a 92% drop in ticket sales and revenue in a single day suggests income will continue to plummet. 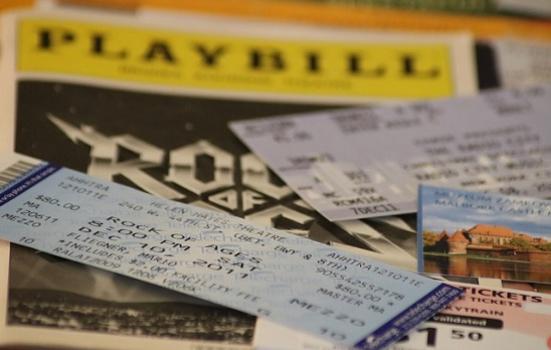 Venue closures due to the coronavirus outbreak could cost more than £1m per day, analysis by ArtsProfessional suggests.

Sector organisations are surveying their members, seeking to understand the scale of loss expected. Consultancy TRG Arts and arts data specialist Purple Seven found advance ticket sales and income earned by 196 venues on March 17 was down 92% on the same date last year.

That survey sample, a mix of West End and regional venues, commercial and funded organisations, represents about 71% of UK Theatre and Society of London Theatre (SOLT) members.

UK Theatre and SOLT members’ box office income in 2018, the most recent year for which data is available, totalled an average of £1.39m per day. Based on these figures, the 276 member venues could potentially lose up to £1.27m in advance tickets each day they remain closed. The real toll may be higher still, as tickets sales revenues had grown since the 2018 figures were published: members’ box office takings grew 28% between 2013 and 2018, a growth trajectory that might have continued into 2019 and 2020.

TRG Arts is asking arts organisations to send in data from their ticketing systems to enable sector-wide benchmarking. “It is vital that the UK arts sector works together with robust, real-time data to understand and react the rapidly changing landscape,” Chief Executive Officer Jill Robinson said.

The Night Time Industries Association (NTIA) CEO Michael Kill has heavily criticised Prime Minister Boris Johnson’s announcement that people should avoid theatres and other social venues. Live venues and events have reported a high level of no-shows – up to 40% – when shows have gone ahead, Kill says.

“I’ve spoken to operators with 1900 capacity spaces where they’ve sold 1300 tickets and 50 people show up,” he told ArtsProfessional.

Counting the direct cost of Covid-19 to the UK’s £70bn night time economy was difficult, Kill said. But with most venues taking the “moral decision” to close, “in terms of drop out, that’s [happening] basically straight away”.

An NTIA survey of about 250 cultural and hospitality venues businesses indicates the night time economy in Scotland, which banned large gatherings early, has taken the first hit. It experienced a 35 to 40% drop in business on the weekend of March 15, followed by the North of England at 30 to 40% and East of England at 25 to 35%. The survey did not distinguish between cultural and hospitality venues.

Music Venue Trust has estimated it would cost £11.4m to “protect the supply chain, people’s jobs, homes, and business” and a further £3.7 million a week to maintain the network of more than 600 venues.

Sector organisations have called for the £120m set aside for the Festival of Britain to be reallocated to plug the gap and create a Cultural Sector Hardship Relief Fund.

Countless initiatives have emerged in recent days to support the sector from within: from crowdfunding campaigns to online networks for imperilled freelancers, arts and cultural organisations have pulled together in this uncertain time.

Creative Industries Federation is offering six months’ free membership to better liaise with the sector and bolster its numbers as it lobbies the Government for protections. “We are encouraging freelancers – who will be some of the hardest hit – to join us,” the Federation’s announcement says.

Technology suppliers are doing their bit to support the sector. Ticketsolve and Spektrix have been collaborating in the development of a ticketing conversion tool that helps customers donate the value of their tickets to the venue, or claim a refund. This is now available to all cultural organisations, regardless of which ticketing system they use.

Individual organisations are striving to pay staff and contractors when they can. Gateshead’s Gem Arts, which has cancelled its 2020 Masala Festival, is among many that says they have it has honoured its contracts with freelance artists regardless. Coventry theatre company Talking Birds is paying all contracted freelancers and giving £100 to those it had planned to book for gigs in the coming months.