Plans are in place for Government-backed loans, but sector leaders say they fail to support the freelance arts workforce. 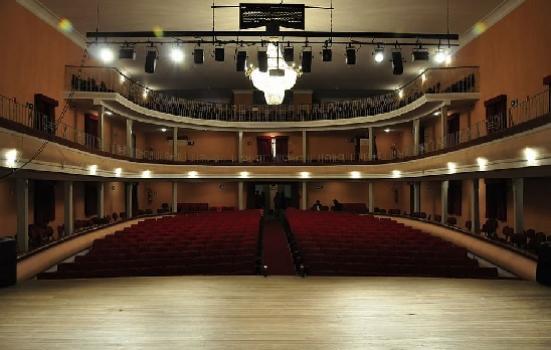 Chancellor Rishi Sunak has announced further measures to bolster support for businesses including those in the creative and cultural sector, with additional funding for arts venues, small businesses and individuals facing loss of income as a result of the coronavirus pandemic.

The Chancellor set out what he described as a "comprehensive, coordinated and coherent" Government response, comprising £20b more in tax cuts and grants than originally set out in the Budget. Detailing new cash loans and business rates exemptions, Sunak made specific reference to hospitality and leisure businesses, pubs, clubs and theatres as businesses "acutely affected" by the pandemic. The Government attracted widespread criticism for encouraging social distancing, which has led to UK-wide closures of venues and galleries, with significant impact on creative workers and employers.

In his daily briefing to journalists, Prime Minister Boris Johnson described how the Government’s approach was to "act like any wartime government and do whatever it takes to support our economy".

Stressing the need for "national unity and closer social support for each other" Johnson set out a package of measures to support the "millions of lives" that would be affected. Chancellor Sunak promised to "stand behind businesses small and large".

He stated the Government would make sufficient funds available for businesses to claim against their insurance if they were covered for pandemics.

For those not covered by insurance, the Government offered bridging loans of up to £25,000 for each business affected. Further support includes extending a business rates holiday to all leisure and hospitality businesses. For the 700,000 smaller businesses threatened by the coronavirus, including many in the cultural and creative sector, £3,000 cash grants announced in the Budget have now been increased to £10,000 per claim. Government also announced that mortgage lenders would give a three-month mortgage payment break to borrowers.

In response to the announcement Caroline Norbury, CEO of the Creative Industries Federation and Creative England, said:

"We welcome positive measures announced today, in response to the issues raised by the creative sector. It is now vital that Government ensures these business support measures are available as a matter of urgency, and that they are made truly accessible to creative and cultural organisations.

"However, a third of the UK’s creative workforce is self-employed and they will be hit hard. The measures announced on mortgage payments and alleviating hardship are welcome but fall short of guaranteeing these workers’ income - a Government measure that is now desperately needed."

A Creative Industries Federation survey received over 2,000 responses in a matter of hours from creative industries and creators being affected by COVID-19.

54% of the respondents expect income to decrease by over 50% due to fallout from the pandemic, with many already experiencing immediate losses. "It is vital that our creative businesses are able to survive," the federation said.

Detailing that funding would be made available to devolved governments to carry out the new measures, Chancellor Sunak said Government was meeting regularly with business leaders in the most affected areas of the economy and working with trade unions and business groups to develop new forms of employment support to support individuals, and protect jobs and incomes.

Culture Secretary Fiona Hyslop has announced a Performing Arts Venues Relief Fund that will “meet the immediate needs” of organisations...

Wider application of the Theatre Tax Relief scheme would allow arts centres to reopen “within weeks”, a coalition of venues says.