Arts workers, unions and membership organisations react to UK-wide closures and the “unmanageable risks” presented by the lack of an enforced directive. 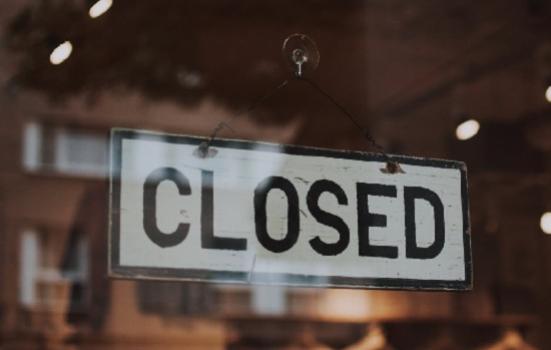 The creative sector is calling for the Festival of Britain to be cancelled and funding reallocated to those left without incomes and work during the coronavirus pandemic.

Arts workers have responded in force to Prime Minister Boris Johnson’s social distancing recommendations, saying the lack of an enforced directive will cripple the sector without adequate support, especially for the 40% freelance workforce.

Johnson’s recommendation that people avoid “unnecessary travel and social contact” falls short of a parliamentary ruling, which would allow organisations to claim insurance cover for lost revenue. Critics say the current situation means organisations and workers must decide themselves how best to cover a loss of income that could last for months.

Music Venue Trust, in an open letter to the Prime Minister, states: “You created the conditions where these venues are forced to remain open while simultaneously requesting that the public do not go to them.”

“Without a direct decision by the Government that Grassroots Music Venues should close, these cultural spaces are opened up to unmanageable risks. Those with insurance cannot claim on it. Those with lease agreements based on trade are in breach of their contracts.

“Rent, mortgage, rates, VAT, Tax, wages will have to be paid and the entire liability falls on the individual venue operator. We work with those venue operators every day; your announcement has provoked a new public health crisis of unmanageable stress and mental health challenges among this community that was completely unnecessary and could have been avoided.”

Caroline Norbury, Chief Executive of Creative England, described the announcement as “a crippling blow to the UK’s creative industries” and Tracy Brabin MP has responded to the sector’s concerns, saying “this will be number one on my agenda” when meeting Culture Secretary Oliver Dowden this week.

Cinema chains across UK and Ireland are closing due to the Covid-19 pandemic. The move follows an announcement from UK Theatre and Society of London Theatre (SOLT) to close all venues throughout the UK for the first time since World War 2.

Responding to the continued and increasing number of venue closures, Musicians Union has called on Government to provide additional support for its members facing loss of earnings through a combination of sick pay, benefits and income replacement.

“Our members are now facing significant reductions in their income and we are deeply concerned about the impact on their finances, career prospects and mental health.”

Association of Independent Music CEO Paul Pacifico commented: “In instructing the public not to turn up to our events, attend our concerts and gather to support our work, I hope the Prime Minister is going to do more than just wash his hands of the fantastic and vibrant U.K. Music industry.

“He needs to urgently announce further measures to support the dynamic but fragile small businesses and self-employed specialists that bring so much joy and fulfilment to us all and who will provide much needed comfort across Wi-Fi, broadcast and airwaves during the coming time of social isolation.”

While economists say it’s too early to count the costs the pandemic will inflict, the arts sector is one of the most affected – tourism is heavily hit, as is air travel.

Music Venue Trust has estimated the cost of temporary closures at £11.4m to “protect the supply chain, people’s jobs, homes, and business” and a further £3.7 million a week to maintain the network of more than 600 venues.

Its open letter urges the government to divert the £40 million of the £120m put aside for the Festival of Britain to save venues and use the remaining £80m to create a Cultural Sector Hardship Relief Fund.

“The entire grassroots music venue sector can be mothballed for eight weeks and saved permanently for just one third of the money you have already allocated to this single event.

“We aren’t sticking our hand up begging to be a special case, we understand this is a crisis. But we are providing you with logical consequences of acting on public health advice.”

Sharon Heal, Director of the Museums Association, endorsed this view: “we believe this [funding] should now be made available to support museums at risk of permanent closure as a result of the coronavirus epidemic.”

The Government’s announcement has attracted unfavourable contrast with other leaders.

Norwegian news site Norway Today reports that freelance and self-employed workers will receive temporary income protection equivalent to 80% of the average of their last three years of pay, with a set ceiling of just over £4,500. This will kick in after 17 days of loss of income.

In announcing a raft of measures to bolster lack of earnings, France's President Emmanuel Macron stated that “no company of any size will be allowed to go bankrupt”.

And in Germany Minister for Culture Monika Grütters has promised assistance worth billions of euros to support the sector’s workers.

Grütters said: “It’s clear to me that the situation is a massive burden for the cultural and creative sectors and that small institutions and freelance artists could face considerable distress. I won’t leave you in the lurch!”

The UK government has said further announcements will be made in due course.