Boris Johnson and Munira Mirza: dream team or death knell for the arts?

Boris Johnson's Government has announced £2.1bn more to support planning for a no-deal Brexit - but what will its attitude towards the arts be? We consider how the former London mayoral team might approach cultural policy. 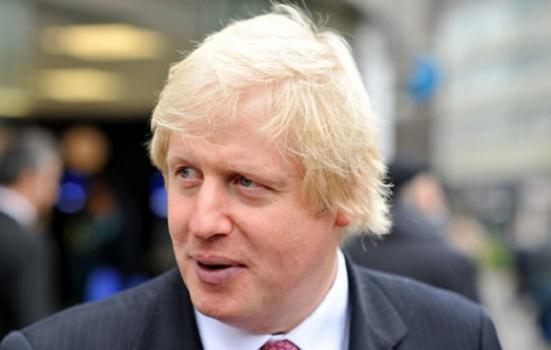 Boris Johnson railed against redistributing London arts funding to the regions as the city's Mayor. How will he approach the arts as Prime Minister?
Photo:

Given the uncertainty about how Brexit will affect key issues from European funding to freedom of movement, many in the arts and culture sector have so far refrained from celebrating Boris Johnson as the UK’s new Prime Minister.

The former London Mayor’s record of support for the arts is largely limited to high-profile initiatives like the 2012 Cultural Olympiad – and scrutiny of his history of bringing the creative industries to parliament’s attention offers no comfort.

Yet many hope the appointment of King’s College London’s Executive Director for Culture Munira Mizra, Johnson’s former Deputy Mayor for Culture and Education and a trusted advisor, as head of the Number 10 Policy Unit will help encourage an appreciation for the importance and value of culture in the public and private sectors.

As London Mayor, Johnson advocated for culture to be “not just an add-on to the necessity of modern politics” but central to local authorities’ development plans.

“We want more of them to be talking to, even working with cultural bosses, artists and other creatives at the start of projects and recognise the value of culture, not just to our city’s quality of life, but to the success of their developments,” he said in 2015.

Johnson threw his weight behind expensive projects such as a new cultural and educational quarter and the ArcelorMittal Orbit tower in the Olympic Park, and relocating the Museum of London to Smithfield.

But on other aspects of arts and culture funding, his record is patchy. He reversed his opposition to the Fourth Plinth commissions, which bring public sculpture installations to Trafalgar Square, once he “realised culture for London was actually a good [thing]”, according to one of the scheme’s artists. And in an extraordinary six-point plan for saving the arts announced upon becoming Shadow Arts Minister in 2004, Johnson also offered this proposal: “The Greeks are going to be given an indistinguishable replica of all the Parthenon marbles, done in the most beautiful marble dust to end this acrimonious dispute between our great nations."

Johnson’s Culture Secretary, Nicky Morgan, may have a tough task in advocating for arts funding, given the Prime Minister’s support for tax cuts and pledge to recruit 20,000 new police officers.

Johnson characterised a 2014 inquiry which found that Arts Council England (ACE) funding in London was “out of all proportion to its population” as dangerous to the national economy.

In a forthright rebuke of calls for a more balanced distribution of funding, Johnson said London was a global cultural touchstone whose artistic institutions generated billions of pounds for the UK: “Sacrificing this particular golden goose for a bit of glib London bashing will do little to improve cultural provision in the regions and would be an act of sabotage for one of our country's greatest assets.”

He misrepresented ACE figures to support his argument, falsely claiming that more than half the organisations funded by ACE spend 80% of their time outside of London. The report he was referring to actually said that nearly 80% of London-based organisations’ toured activities happen outside of the capital.

Mirza, then Johnson’s Deputy Mayor, expressed similar views about the inquiry: “To propose further funding cuts to arts in the capital, with the aim of redistributing it amongst the regions, is simplistic at best and dangerous at worst. It would seriously undermine London's status as one of the great world cities for culture, whilst bringing marginal if any long term benefits for people living outside the capital,” she said.

“The report is short-sighted and extremely disappointing and says nothing that addresses the key issue affecting arts and culture – reduced arts spending across the board - which affects London as much as it does the regions.”

Mizra has a record of advocating for public investment in the arts, but has also warned that organisations will need to become “more entrepreneurial and look for ways to stretch their resources”, including through corporate sponsorship.

In a 2009 feature for ArtsProfessional, she wrote about a need to make “the case for supporting a strong, long term cultural infrastructure that treats culture as a thing of value in itself, not just in terms of immediate social and economic impacts”.

“Inevitably, there is an incentive for cultural organisations to be pragmatic and argue their case in terms of the boxes they can tick for business and local government. Cultural organisations will find it easier to get corporate funding for safe blockbuster exhibitions or persuade councils to fund programmes that address social problems.”

Mirza has also expressed concern about the effects of gentrification on space for urban artists, while arguing that “the ‘Shoreditchification’ of certain areas, although it has been seen as a negative by some, has actually been very positive for parts of London”.

“A number of developers recognise that having a cultural activity in their space brings kudos”, she told The Evening Standard in 2014.

Mizra has repeatedly expressed a belief that Brexit could benefit the creative industries by moving the UK away from “Eurocentric logic” that has stymied recognition for non-European artists and cultural trade deals with other countries.

In 2017, she said that it was “simplistic and inaccurate” to suggest Brexit would make it harder to support creativity and diverse ideas: “we now have a chance to forge a new, more dynamic and inclusive relationship with the world”.

But Mizra’s controversial comments about Muslim culture and a long-held opposition to multiculturalism as a policy choice have made her a divisive figure in the arts.

In her 2012 book “The Politics of Culture: The Case for Universalism” she argued that consensus about the value of cultural diversity has bred ambivalence, and in a 2007 paper she said diversity funding schemes have “helped erode a sense of commonality”.

“It is the multicultural approach that pigeon-holes people and pressures them to keep separate from the mainstream.”