Government must act to protect freedom of movement

Many British musicians fear that Brexit will reduce their ability to travel easily and cheaply around Europe for work. Francesca Treadaway calls for action to protect their livelihoods. 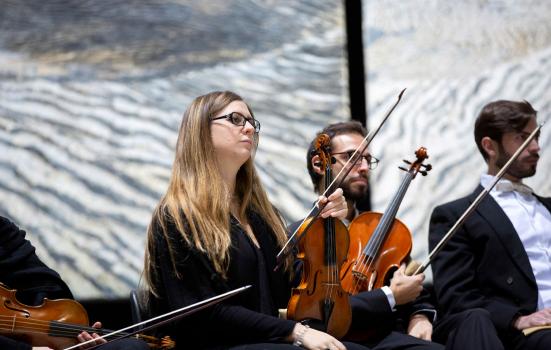 Since the results of the referendum in 2016, the Incorporated Society of Musicians (ISM) has researched the impact of the UK’s impending departure from the EU on the music profession. In October last year we launched our campaign Save Music with a video and petition calling for freedom of movement to be protected for musicians. And in May, we published our fourth report examining the Impact of Brexit on Musicians, building on the evidence base from three previous surveys conducted since 2016.

The UK’s music industry, which contributes about £4.5bn a year to our economy, is globally dominant and an important part of our creative industries. Music is central to our place in the world, from our national orchestras to Ed Sheeran, Adele and many other household names. The UK is today one of the few net exporters of music worldwide – one in eight albums bought worldwide in 2017 was by a British artist – generating billions of pounds in exports.

The music profession has a high proportion of self-employed, freelance and portfolio musicians who will be affected by any reduction in freedoms of movement, goods and services. The music profession is already struggling with poor rates of pay, and if opportunities for work in the EU27/EEA continue to fall because of Brexit there will be doubts about the sustainability of the music profession.

The results of our research demonstrate how much the music workforce depends on EU27/EEA countries for professional work, and reveals concerns about the future as the UK prepares to leave the EU. The headlines from the report include:

The conclusion we draw is that the livelihoods of musicians depends on the ability to travel easily and cheaply around multiple countries for work. If freedom of movement is to end, the Government must ensure that free movement rights are maintained for musicians, or introduce a two-year, multi-entry visa for British musicians working in the EU27.

We can also see just how much the music workforce relies on UK/EU mechanisms, such as the EHIC scheme for health cover and A1 certificate for national insurance to support and enable them to work in the EU27/EEA.

At a time of great uncertainty, musicians need to know their jobs in Europe will be secure once the UK leaves the EU. Therefore, we call for the Government to take action, using the recommendations outlined in our report to protect the livelihoods of musicians and the all-important music and wider creative industries.

Government must act to protect freedom of movement