Redistributing arts funding across England would bring “marginal if any long term benefits for people living outside the capital”, according to London’s Deputy Mayor, who defends the capital’s share. 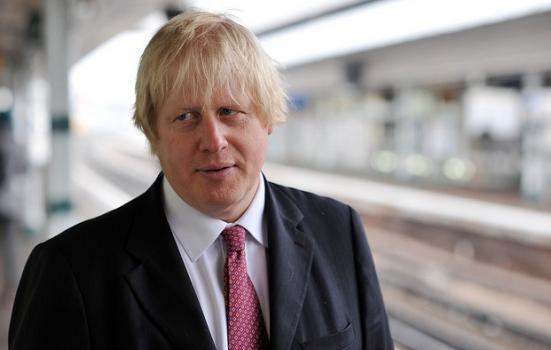 Mayor of London Boris Johnson has lashed out against the principle of fairer arts funding across England, saying: “London is one of the great world cities for culture, attracting visitors in the millions which helps generate billions for the economy of the whole country. Sacrificing this particular golden goose for a bit of glib London bashing will do little to improve cultural provision in the regions and would be an act of sabotage for one of our country's greatest assets.”

His statement follows the publication of a report by the House of Commons Culture, Media and Sport (CMS) Committee on its inquiry into the Work of Arts Council England (ACE). The inquiry, which took into account oral evidence from Culture Minister Ed Vaizey, Arts Council England (ACE) and the Mayor’s office, as well as oral and written submissions from more than 200 arts organisations and other interested parties, found that a “clear funding imbalance in favour of London” is being paid for by tax payers and Lottery players in other parts of the country, and the capital receives a share of arts funding that is “out of all proportion to its population”. But Johnson rejects the MPs’ findings and recommendations as “a lost opportunity, reigniting the overly simplistic 'London vs the Regions' debate around arts funding”, and warns against implementing proposals for switching some arts funding from the capital to the regions. Justifying his view, he has dismissed the figures used in the report as “based upon spurious calculations and a partial consideration of how the arts are funded”. He continued: “more than half the organisations regularly funded by Arts Council England in London spend 80 per cent of their time outside London”, but has given no details of how this figure was arrived at.

The Deputy Mayor of London for Culture, Munira Mirza, has also commented. She said: “The CMS report fails to recognise that many Arts Council funded organisations in London spend most or all of their time touring outside the capital. This is funding that benefits the whole country… The report is short-sighted and extremely disappointing and says nothing that addresses the key issue affecting arts and culture – reduced arts spending across the board - which affects London as much as it does the regions. To propose further funding cuts to arts in the capital, with the aim of redistributing it amongst the regions, is simplistic at best and dangerous at worst. It would seriously undermine London's status as one of the great world cities for culture, whilst bringing marginal if any long term benefits for people living outside the capital.”

The views held by Johnson and Mirza are not only in opposition to that of GPS Culture – the authors of the report Rebalancing our Cultural Capital (RoCC), which was the catalyst for the Select Committee inquiry – but are also contrary to those of ACE Chair Sir Peter Bazalgette, who told the Select Committee that “there is an imbalance” in the distribution of arts funding across England, and acknowledged that the impact of arts budget cuts is of greater concern outside London, where it is more difficult to raise funds through philanthropy and where local authority cuts are being felt most keenly. A year ago, when the RoCC report was published, he acknowledged that some rebalancing was needed, saying “more needs to be done… judge us in two years time.” But Veronica Wadley, Chairman, Arts Council, London, would resist any move that would involve a reduction of funding to London. She said: “Investment in London is not only benefitting all the brilliant arts organisations, big and small, in London but also arts companies and audiences right across the country. For that, we must continue to maintain funding for London. It would be short sighted to punish London for its success as the cultural capital of the world.”

I am so incensed by Boris and Munira's comments that I just had to respond. They live in a bubble with no awareness of what is happening elsewhere in the country especially in the North. I wish all those funded London based arts organisations were operating outside London. I don't have a problem with them receiving funding - where they are based should not matter. It is where they deliver their activities and services which should matter. I have not seen one London based, national organisation reach my area except through the digital programme in cinemas. Surely we in the North deserve live experiences as much as those who live in or can afford to visit London? That is the inequity which exists within the arts. Make the arts accessible to all wherever they live and stop focusing the debate on where arts organisations have their offices.
I have been doing some analysis of the figures that the Mayor's office is quoting. I think you might find them interesting . See my blog at http://www.artsprofessional.co.uk/magazine/blog/lies-damned-lies-and-arts-funding-statistics