Greater fairness in Lottery funding would help to redress the wider geographic arts funding imbalance that sees London benefit “out of all proportion to its population”, says Select Committee. 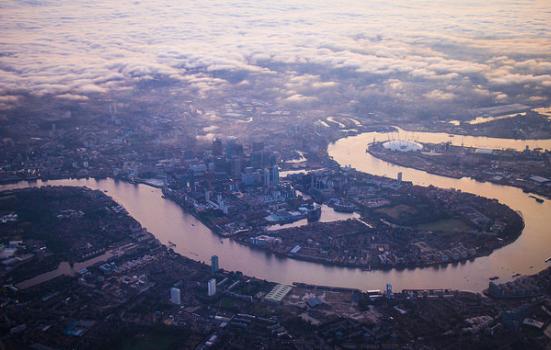 A “clear funding imbalance in favour of London” is being paid for by tax payers and Lottery players in other parts of the country, and the capital receives a share of arts funding that is “out of all proportion to its population”, according to a report by the House of Commons Culture, Media and Sport Committee on the Work of Arts Council England. Whilst noting that some of the imbalance can be explained by London’s status as a capital city and world centre of culture, and recognising the danger of “fragmenting funding to the extent that few benefit”, the Committee says that Arts Council England (ACE) must do more to restore the balance “with greater urgency if it is to realise its declared ambition to engineer the provision of great art and culture for everyone”. It calls for ACE to be “more proactive when it comes to encouraging high quality applications from around the country and establishing the underlying reasons for any current imbalance”.

The report is the culmination of a 6-month inquiry tasked with investigating the scope, scale and remit of ACE, the economic and artistic criteria that underpin its funding decisions, and whether the geographical distribution of its funding is fair. Three oral evidence sessions were held, and comments were made in a further 200 submissions of written evidence from interested parties across the arts, museums and libraries. These, supported by fact-finding trips to Liverpool and Bradford, provided the basis of the Committee’s conclusions and recommendations.

Proposals for creating a fairer funding balance include “limiting London’s access to National Lottery funding for the arts to its proper per capita share – equal to that of the rest of England”, which was a solution initially proposed by the authors of Rebalancing our Cultural Capital (RoCC), the research report that prompted the inquiry. The Committee agrees that this mechanism “would help redress the funding imbalance and benefit England as a whole”, even if other major funding streams were to be broadly distributed as they are currently, and sees it as an approach that could be phased in: “We believe this could be achieved in a timely fashion without threatening London’s world status as a cultural centre.” The Committee has welcomed ACE Chair Sir Peter Bazalgette’s stated aim to tackle the funding imbalance, but says that “the pace of change should be much faster than it has hitherto been”. It is suggested that this pace could be accelerated still further in the event of any future increase in Arts Council grant in aid, which should be earmarked for the English regions beyond the M25 area.

ACE is described as being “well-placed” to manage the geographic redistribution of funding, but the importance of regional expertise and engaging fully with “elected local authorities and regional strategic organisations with the best local and regional knowledge” is emphasised in the report. It suggests that ACE should “redouble its already significant efforts at brokering cultural partnerships involving businesses, local authorities, local enterprise partnerships, universities and international organisations, particularly within the EU, which might provide additional funding sources”. ACE is also told to “take a far more robust stance than it already does with local authorities, such as Westminster, who show little inclination to support the arts.” The report continues: “There is little point in pumping public money into areas that do not particularly want or need it, or do little themselves to support the arts.” Many submissions to the inquiry drew attention to the continuing erosion of local authority funding and Committee members declared themselves “staggered” to learn that conversations between Culture Minister Ed Vaizey and local authorities “are not commonplace, if they take place at all”. But like Vaizey, the Committee has stopped short of recommending the introduction of a statutory requirement for councils to make provision for the arts.

In its response to the Committee’s findings, ACE has defended its approach to “the historic challenges to rebalancing” and the speed with which it is tackling these, but no mention is made of the recommendation to limit London to a per capita share of Lottery funding. AP asked whether ACE is intending to make such a move, but no such assurance was given. ACE said: “It is difficult to act urgently when our income is shrinking and additional resource would certainly allow for greater flexibility in supporting our ambition to achieve this.” ACE has concurred that any future increase in grant in aid “should be prioritised to bolster the national arts ecology outside the M25”, but a spokesperson admitted to AP: “…there is no indication that we will receive any further funding in future spending rounds – other than the Select Committee’s recommendation that we do – which we welcome.” The response also goes on to “fully endorse” the importance of brokering partnerships with local authorities around the country.

David Powell, Peter Stark and Christopher Gordon, co-authors of the RoCC report, have also issued a statement in response to the Committee’s findings, in which they highlight the comments made about the need to rebalance cultural funding between London and the other regions of England. But they warn: “…our study of the history of the Arts Council as an institution and our experience of interaction with it over the past twelve months, during which time it has failed to address the issues we have raised, leaves us with severe doubts as to whether it is structurally capable of addressing the recommendations for redistribution that the Select Committee has made at either the scale, or with the urgency, envisaged.”

The report also comments on a range of other issues un-related to the geographic rebalancing of arts funding. Commenting on ACE’s allocation of funds to different art forms, it says: “It is not easy to understand why the Arts Council should apportion almost 200 times more funding to opera than it does to brass bands, even allowing for the fact that these two musical genres will not always be competing for finance from the same pot.” This has prompted questions around the transparency of ACE’s decision-making, and a call for “detailed information both on the absolute and relative number of applications received and rejected, and the funds requested, broken down by general genre and geographical area”. ACE doesn’t name unsuccessful applicants for funding on the grounds that this could of jeopardise their chances of securing funds from other sources, but the Committee said this “should not preclude the publication by the Arts Council of more information than it already does to help explain how and why it allocates public money”.

Other comments relate to the relatively privileged position of 3-year funded National Portfolio Organisations (NPOs) and the extent to which they serve audiences beyond their own geographic area. The report suggests that all NPOs should “seek to extend their reach further wherever they might be based” by touring and through new media and screenings, and proposes that the expertise available to NPOs is also made accessible to smaller local organisations.