Internal documents show the funder transferred millions from its primary funding streams to bolster the Culture Recovery Fund and support creatives through the pandemic. 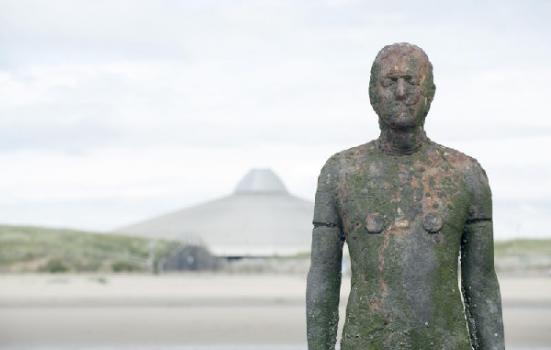 A figure from Antony Gormley's Another Place on Crosby Beach

Arts Council England says it it "confident" of the Government's support as the Spending Review approaches.

They show the funder transferred millions from its core funding programmes to bolster the Culture Recovery Fund and give grants to 900 more creatives during the pandemic.

Doing so may have left ACE at the mercy of next week's Spending Review: reviews have historically delivered break even funding or temporary uplifts, and Chancellor Rishi Sunak has been dubbed 'Mr No' as he attempts to rein in public spending.

With much of its reserves depleted by the initial £160m emergency funding response, the arts council had just £35m for the delivery plan for its new strategy, Let's Create.

It nonetheless plans to direct a higher proportion of its budget towards a broader National Portfolio encompassing more organisations in its priority places.

National Council minutes from January say ACE expects its entire National Portfolio will receive extension funding for 2022/23 "unless there are exceptional circumstances" like insolvency.

ACE declined to answer questions about its financial position this week, saying it cannot discuss future investment plans until it receives news of its settlement from DCMS.

However, it appears optimistic, citing the Government's support for the sector throughout the pandemic.

"We are confident they understand sector needs and the value of their contribution to high streets and neighbourhoods across the country."

£3.88m was drawn from ACE's capital funds to approve more grants for Culture Capital Kickstart, one of the Culture Recovery Fund programmes.

The fund was oversubscribed - ACE received 74 applications worth £60.6m against its £55m budget.

In November, the National Council approved the transfer to share £58.8m among 46 applicants.

ACE later approved a transfer of £8m from its National Portfolio and project grants strand to reinforce its scheme for individual creatives, Developing Your Creative Practice.

It had received about 6,270 applications to a February funding round.

"The current budget allocation for this round is £3.6m which would enable us to support around 400 applicants, with a success rate of 6.3%," the council minutes note.

The reallocation meant ACE was able to fund nearly 1,300 individuals, increasing the application success rate to 25%.

DCMS and ACE are facing pressure from all sides for funding to secure the sector's post-pandemic future.

The Local Government Association says councils need another £400m from ACE, while the Public Campaign for the Arts is calling for the Government to follow through on a £90m arts premium for schools.

Among other policies, the association wants a permanent reduction in VAT for live music tickets, more funding for the UK's £2.3bn music export industry, and urgent action to remove barriers to touring in the EU.