Artists will increasingly need multiple income streams and brand collaborations to fund their creative practice in an Instagram-fuelled marketplace, a new report says. 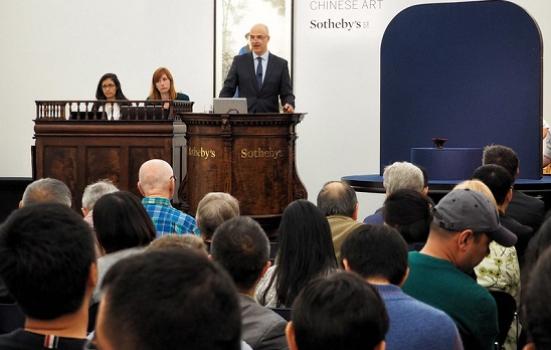 An auction at Sotheby's. Creative United says the value of art is concentrated among high profile artists.
Photo:

It will become harder to be an artist despite “unprecedented” growth in the art market and the decentralisation of distribution introduced by the internet, a new report says.

Research from non-profit organisation Creative United predicts the consolidation of wealth around the “branded” top end of the market will squeeze the finances of smaller galleries and artists.

It says there is “a case for policy makers and funding bodies to respond and identify measures which can help secure the long-term growth of the UK art market” in the face of systemic challenges – rising costs, public funding cuts, high tuition fees, a culture of unpaid labour, and competition in the gig economy – that have created a “perfect storm”.

“Being a UK-based artist is likely to become even more financially challenging in the years ahead unless change happens on a structural level,” it says, noting artists will increasingly need a mix of income streams to continue creating.

“Those who do not have private wealth will find it the hardest to participate. In a vicious circle, it is that privilege which will ultimately maintain the status quo.”

READ MORE:
* 'A national shortage of artists': immigration rules relaxed
* How to make the most of market forces
* Exploring art in new markets

The value of the worldwide art market hit an estimated high of US$66bn in 2007, but research from Art Basel indicates the volume of art sales shrank 9% in the decade following the global financial crisis. By 2018, Deloitte estimated the UK had about 21% of the US$67.4bn market.

These changes are symptomatic of several wider cultural shifts that, in combination with rising costs and declining public funding, are ‘squeezing’ the low-to-mid end of the market: the rise of a global elite, art fairs, ‘mega-galleries’ and the commodification of art as the sector became more closely intertwined with fashion, celebrity culture and advertising.

The report says the market should “expect more of the following”:

“Consolidation of premises and mergers where small experimental galleries become subsidiaries of mega players; new collaborative projects and spaces; a move away from year-round exhibition programmes towards events and shows targeted to key moments in the year; strategic participation [in] art fairs; more use of online channels; and continued growth of hubs outside of London.”

According to American research, Generation Z – the first generation of true digital natives – will account for 40% of consumers from 2020. The report says this will usher in new opportunities to reduce production costs by selling or distributing their work via social media, or offering digital copies with an optional 3D printing add-on.

It notes that millennial consumers place more value on experiences than tangible assets.

“Most buyers like to feel connected to the artists they buy from, but this doesn’t have to mean access to VIP parties and artists’ dinners, as it once did. Young generations engage through a blend of in-person and online interactions; they do not need to make strong distinctions between the two.”

Many artists already receive commissions through Instagram or use the platform to generate income outside of the traditional structures of the art market. “Brand collaborations are the most lucrative way for artists to make income from product and merchandise,” the report says.

It predicts a rise in digital art and those who are willing to pay for it: “Generation Z is media savvy and values integrity over marketing strategy. If artists can put their vision and values at the forefront when considering how their work circulates, it may give them an edge.”

As perceptions of ownership in our post-industrial economy become more ephemeral, new business models are emerging in the art world.

The report says that systems of co-ownership are increasingly popular – and providing opportunities for young collectors “who value investment as well as the expression of identity and belonging through affiliation and active participation in collective experiences”.

It mentions platforms such as Kickstarter and Blockchain as offering new avenues for artists to generate income or retain equity in their works.

“With a range of small-scale experiments being initiated by individual artists and businesses, it may only be a matter of time before a new scalable model emerges.”