Making the most of market forces

James McClure sets out five ways in which smart ticketing strategies can increase customer satisfaction as well as revenues. 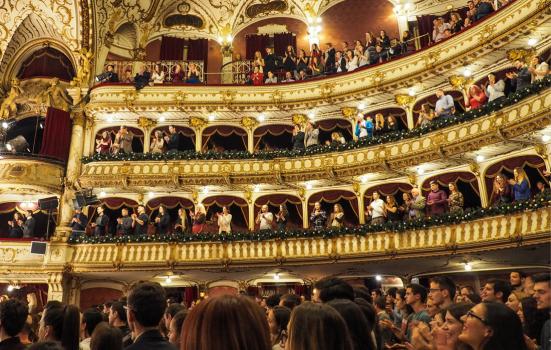 Photo by Vlah Dumitru on Unsplash

It was more than 300 years ago that philosopher John Locke first explained the concept of supply and demand. Yet in modern times, many arts venues are still not taking advantage of market forces in ways that will not only drive more revenue and fill more seats, but also increase patron happiness.

As many venues have seen, patrons are increasingly waiting until the last minute to purchase tickets

While most venues have moved on from a world where every seat in the venue was priced the same for every performance, there are still a ton of ways that pricing, rewards and fulfillment can all be smarter. Increasingly, venues around the world are turning to dynamic ticketing, which often leverages a rules-based engine to move prices and discounts around to maximise revenue, attendance and long-term fan happiness.

With the above in mind, here are five ways that a rules-based engine, such as SeatGeek’s SRO box office technology, can drive revenue and delight patrons.

However, this only scratches the surface when it comes to ways that arts venues can do better with how they price tickets. A smart venue will set up rules that move prices depending on the percentage of seats sold. If a show is selling out quickly, the rules-based engine can automatically raise prices when say 25% of the seats are still available. Or in the opposite case, if the show is a week out and 75% of the seats are unsold, the rules-based engine can automatically drop prices, enticing buyers who were maybe priced out before.

The beauty of setting up a rule like this is that it works across all variables, such as the day of the week and the attraction of the show. If a theatre is going to only use one rule with dynamic ticketing, some sort of demand-based pricing is the easiest way to drive revenue and increase attendance.

For shows that typically have significant inventory left the week of the production, encourage early shopping by setting a rule to cut prices by 10% for anyone who buys more than 14 days out. Not only does this incentivise earlier purchasing, it also rewards those who plan ahead. While this may not make sense for all shows (for the most in-demand shows you would more likely want to use the pricing strategy discussed above), encouraging and rewarding early buying is a smart way to even out the shopping window and reduce last-minute stress.

Surprise and delight with discounts

Dynamic ticketing doesn’t have to be just about driving more revenue for venues. It can also improve the shopping experience for attenders. One way to do this is with discounts meant to delight those shopping for tickets. For example, if someone books tickets for two adults and a child, have the system automatically apply a family discount. Or, if someone is buying tickets for one of the less popular nights of the week, have the price at checkout reflect a discount. While this may hurt revenue in the short term, driving patron loyalty can have a positive effect in the long term.

Speaking of loyalty, every venue knows that its core group of repeat buyers is crucial to its success. Many venues offer loyalty programmes to reward and retain these users. With dynamic ticketing, venues can leverage those loyalty programmes in new and unique ways, going above and beyond a simple loyalty discount or free show every once in a while.

Finally, dynamic ticketing doesn’t only need to be about how to price tickets or when to offer discounts. It can also improve the post-purchase process. Venues that have their ticketing system plugged into their CRM system can leverage the data together to better treat those customers who donate to the venue, or who are the most loyal. Without even signing into their account, buyers who are top customers could be told in their email receipt to pick up their tickets at the VIP lounge, where maybe a free drink is waiting for them.

At the other end of the spectrum, new users could be told to pick up their tickets at a location where they can learn more about the theatre and other forthcoming shows. Either way, treating users differently, and not just based on where in the venue they are sitting, will empower arts venues to grow their user base.

There are almost an infinite number of ways that venues can use dynamic ticketing, and the above five examples are just some of the most basic. With a smart rules-based engine, venues should be able to not only drive more revenue, but also improve the patron experience.

James McClure is the International General Manager at SeatGeek.
https://enterprise.seatgeek.com/uk
This article is part of a series of articles sponsored and contributed by SeatGeek.