Fred Weijgertse explores the global art market’s record year and points to the growth in exhibitions, galleries and collectors in China. 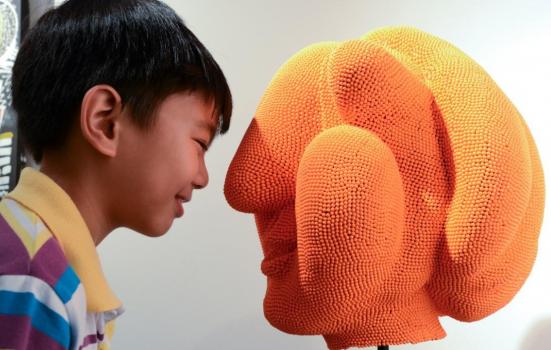 The $51bn art market has just enjoyed a record year. The latest figures from the TEFAF Art Market Report, published by the European Fine Art Foundation, prove it, but what really stood out in 2014 was not the prices achieved but the increasingly global nature of art in the modern era.

It is not difficult to spot that the way people view and buy art is changing – and that China’s influence is growing in the market. It was interesting to see, for instance, that although the US remains the key centre for sales of post-war and contemporary art, China has now drawn level in its share of the modern art market. But evidence of the globalisation of the art market goes deeper than that. Museums and galleries, both public and private, are opening up all over the world, especially in the Middle East, the Asia Pacific region and also South America.

At Crown Fine Art we see that growth close up because we are moving art all over the world. We have also noticed a rise in international exhibitions held in Asia and South America. Whereas traditionally these were funded by western institutions, the increasing interest of the local population in art has prompted local institutions to fund their own international exhibitions.

The reasons for this international growth are complex. In China, for instance, political change has been the instigation together with new government regulations allowing the sale of art, wine and collectibles within virtual free-trade zones. It means buyers at auction can avoid customs duty of 6% and VAT of 17% – and has led to both Christie’s and Sotheby’s establishing bases in mainland China. A rise in the disposable income of Chinese residents is also key. There has always been an interest in western art in China, but only now can people seriously considering owning it. Art therefore is becoming more accessible within the region – and construction is booming in China’s second-tier cities, with 200 commercial galleries with new art spaces opening every week.

Hong Kong has become one of the largest art and antique markets in the world. Sundaram Tagore was the first artist to set up an international art gallery there in 2008 and growth since then has been immense. Art HK, the contemporary art fair now run by Art Basel, has grown from 19,000 attendees and 100 galleries in 2008 to 67,000 visitors and 266 galleries last year. Big names such as London’s White Cube and New York’s Gagosian are there. Importantly, the government’s Leisure and Cultural Services Department subsidises and sponsors international performers brought to Hong Kong and that drives the market too.

This picture is reflected in many regions of the world because we are increasingly seeing art in new markets. Improved transport and communication has made the world a smaller place. So where it was impossible for some galleries to offer exhibitions with international loans, this is now made simpler by relatively less complicated transportation and the resulting decrease in costs. I would also say transport is more secure and higher tech than ever before. Some of our specialist trucks feature CCTV and satnav services so that private collectors and galleries can follow their art on its journey across the world. They feel more confident in loaning items no matter where in the world it might be.

There is plenty of evidence to suggest that the number of loans between galleries in different countries is only going to increase. Markets like India and Brazil, where economic growth has been evident, could be the next ones to watch in terms of market growth. The bottom line is that the art world is changing and expanding fast; and that makes it a very exciting time for all of us.