‘A national shortage of artists’: Immigration rules for creatives relaxed

It is set to become easier for UK organisations to recruit dancers, choreographers, musicians and artists from outside Europe – but what happens after the 31 October Brexit deadline remains unclear. 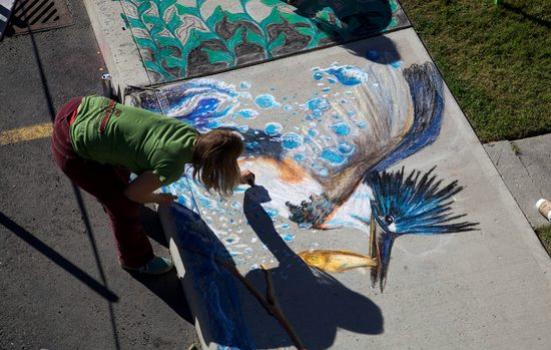 The UK will welcome migrant artists from all over the world as immigration requirements are relaxed
Photo:

Easier pathways to employing artists from outside Europe have been given the green light, despite the likelihood they will reviewed after Brexit.

The Home Office has approved recommendations from the Migration Advisory Committee (MAC) to include all jobs classified as ‘artists’ on the UK’s Shortage Occupation List (SOL) and relax restrictions around which migrant dancers, choreographers and orchestral musicians meet its criteria.

The changes mean that from autumn, employers wanting to recruit non-European artists will no longer have to advertise the role to citizens of the European Economic Area first, and artists will no longer be subject to a salary threshold of £30,000. “We accept there is a national shortage,” the MAC wrote in a wholesale review of the labour market in May.

The Home Office has also accepted recommendations to broaden the range of arts officers, producers and directors classified as being in shortage. This previously only covered film, TV, and video games, but now includes workers in all creative sectors.

Immigration lawyer Tom Brett Young, of law firm VWV, told ArtsProfessional the inclusion of all artists on the SOL could increase diversity in the creative sector and encourage the creation of new jobs, like in-house artists, in non-arts organisations: “Any sort of artistic work at all seems to be covered,” he said.

Previously, the only artists on the list were animators working in film, television or video games, reflecting a historic shortage of those skills among European workers.

However, artists ranked “fairly high” in the MAC’s most recent assessment of shortage occupations – 29th out of 105.

The committee said that although the vacancy rate for roles coded as artists was below the national average, there had been “significant growth” in the number of job postings for them between 2011 and 2017. The use of employer-sponsored visas for artists has also risen in recent years.

“It’s accepted by central Government that they are in short supply,” Brett Young said.

“Whether that leads to an upturn in certain types of artists for example being sponsored [is not known]. It may even be felt more outside of the [arts] sector.”

Recommendations to relax the “very specific” criteria for artistic professions on the SOL arise from a desire to “retain access worldwide talent” more than a genuine shortage, the MAC’s report indicates.

Stakeholders told the committee that few individuals possess “the innate ability” required by leading orchestras and dance companies – and that, in some cases, that ability cannot be taught or found in the UK. “We have received evidence that suggests that a lack of investment by the Government in children learning music ensures that there is only a small number of trained musicians within the UK,” the MAC said.

At the moment, only ballet and contemporary dancers and choreographers who meet the standard required by internationally recognised UK companies are covered by the SOL. They must belong to a company that has been invited to perform at high profile venues, is itself a magnet for international talent, or has otherwise been endorsed by an official British industry body.

Organisations meeting these conditions are considered to be of equal calibre to UK institutions like the Royal Opera House, Sadler’s Wells or Barbican.

Musicians must meet similar criteria, as well as holding a position as an orchestral leader, principal, sub-principal or numbered stringed instrument player.

The MAC said Government should simplify the rules so applicants only need to be endorsed by organisations like Arts Council England or the Association of British Orchestras (ABO).

ABO Director Mark Pemberton said that in effect this is a continuation of the unofficial status quo: “It’s confirmed the situation we have had for years and years and years. The MAC feels that it’s not really their expertise to advise the Government on what kinds of orchestral musicians should be on the list.”

He added: “It’s not really a shortage; it’s about talent.”

MAC Chair Professor Alan Manning has made clear that the committee’s recommendations are “only applicable under the current immigration system” of free movement within the European Union.

“We are recommending a full review of the SOL once there is a clearer picture of what the future immigration system will look like,” he said in May.

On this basis, Pemberton said that the recommendations appear to be an “academic exercise”, commenting “I don’t really understand why they [MAC] created this review when Brexit is happening.”

But Brett Young said that the Government’s acceptance of MAC’s recommendations indicate a step towards welcoming more non-European migrants that could persist beyond future reviews of the immigration system.