ACE ‘may have to revise’ NPO funding agreements from 2020

The Arts Council has warned that if its grant-in-aid from DCMS is cut in the forthcoming spending review, it may not be able to afford its existing funding commitments. 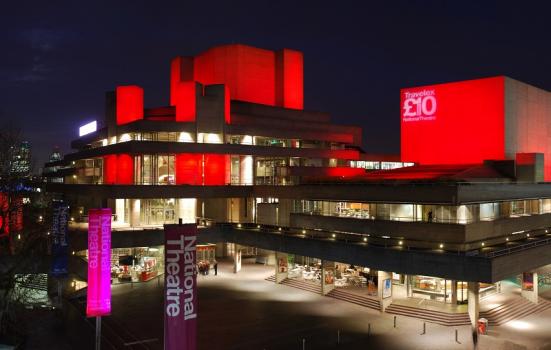 London's National Theatre, which receives £16.7m a year from ACE under its current agreement.

Arts Council England (ACE) may have to cut the level of funding it has already agreed to provide England’s largest arts organisations for the next two years, the funder has warned.

Such a move would cause significant disruption in the country’s arts sector as many business models depend on receiving a share of the £400m a year that ACE provides to its National Portfolio Organisations (NPOs). National organisations such as the Royal Opera House, National Theatre and Southbank Centre receive eight-figure sums every year, and many regional institutions also receive large amounts.

ACE’s current funding agreements with its portfolio of more than 800 NPOs were intended to run from 2018 to 2022. But the Arts Council says that if its own funding from DCMS is cut in the Government spending review this year, these could become unaffordable.

In its annual report published this week, the funder says: “A reduction in our grant-in-aid income from 2020 would result in us having insufficient funding to meet our commitments and deliver our plans. While we have agreed funding for the 2018-22 National Portfolio Organisations, we may have to revise agreements for the final two years if the spending review settlement renders the allocation unaffordable.

“We are taking steps to prepare for the spending review, including engagement with DCMS, commissioning relevant research and data gathering to evidence the value of public funding for arts and culture, and modelling future income scenarios to understand the possible outcomes.”

Asked what level of cut to NPO funding ACE considered likely, a spokesperson said: “We can’t speculate on the outcome of a spending review, but naturally a reduction in our grant-in-aid would have an impact on our budgets. As part of our work on the spending review we model various scenarios for DCMS.”

Asked whether cutting NPO funding would present legal issues, the spokesperson said: “NPOs are aware that funding agreements are dependent on sufficient funds being available from Government and/or National Lottery, and could be renegotiated. In all our current NPO funding agreements the following is stated: ‘Please note that these amounts are indicative. ACE can only guarantee future instalments of the grant as long as sufficient funds from the Government and/or the National Lottery are available to it. It is possible that indicative amounts may therefore be reduced for future instalments.’”

ArtsProfessional has learned that the possibility of cutting NPO funding midway through the four-year period was discussed by ACE at a meeting last autumn that included senior NPO representatives. The event was part of the ongoing consultation on the funder’s next ten-year strategy.

The Artistic Director of an NPO told AP that at the meeting, “it really felt like there was quite a strong message being told to us: ‘Beware, we don’t know what’s going to happen in 2020. Prepare yourselves…there was intimation that they didn’t know what was happening beyond 2020, that was very clearly put across to the NPOs.”

Asked about this, ACE’s spokesperson said: “This was raised by a participant at one of the 10-year strategy workshops, but was not part of the agenda or set discussion topics”.

Its recently published accounts show that ACE received £487m in grant-in-aid from the Government in 2018/19. This was provided by DCMS, but included funding via the Department for Education of £79.3 million “to support plans for music and cultural education”.

ACE’s new annual report also warns of the dangers of reductions in local government arts funding, saying: “Local government is the largest investor in the arts and culture sector in England. However, since 2010 its investment has dropped considerably, and further cuts could destabilise the arts and culture ecology and impinge on the achievement of our strategic goals. We are working with arts organisations, museums and libraries, to make the case to government about the value that arts and culture have on local places and communities, and on the country’s economy and international impact.”