Claims by the Onward thinktank that young people should be steered away from “low value” degrees because they leave taxpayers to foot the bill for their studies are "simplistic", say university bosses. 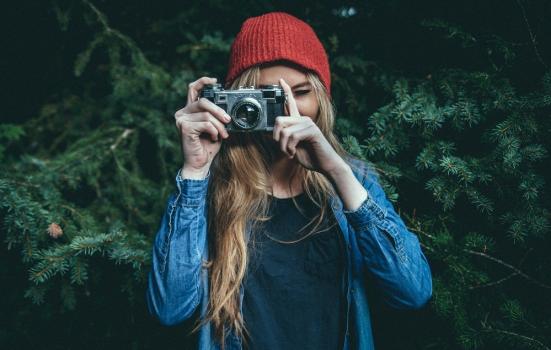 A report that recommends ministers should “crack down on” creative arts degrees because they offer low earnings potential has been attacked for assessing the benefits of higher education in crude financial terms.

The Onward thinktank, led by Will Tanner, former deputy head of policy to Theresa May, argues the government should reduce the number of people studying courses that do not lead to high graduate salaries – singling out creative arts as the type of degree leading to the lowest average earnings.

The organisation says saving money in this way will enable the government to introduce a “graduate tax cut” by reducing student loan repayments.

But Universities UK said that many graduates choose fulfilling careers that may not be not well paid, cautioning that “we need to be wary of simplistic analysis that equates good outcomes from university only with high salaries”.

The authors point out that a decade after they leave university, many creative arts graduates are not earning above the £25,000 threshold for repaying student loans.

People studying these subjects earn an average of £20,200 five years after graduating and £23,200 ten years afterwards, according to the report’s analysis of government data.

In contrast, medicine and dentistry graduates are earning an average of £55,100 a decade on, and those who studied economics typically earn £48,000.

The authors argue: “If we could steer people away from low value courses towards either higher-value university courses, or towards upgraded technical options – like graduate apprenticeships – then we could save enough to pay for a tax cut that will benefit younger graduates, and to invest in further improving technical education.”

They recommend that ministers explore policy options for reducing the numbers of students enrolling on ‘low value’ courses, such as limiting the tuition fees that universities can charge for these, or restricting eligibility for tuition fee and maintenance loans to candidates meeting minimum grade thresholds. This would, they say, protect students with low prior attainment from “racking up large debts on high cost courses which are unlikely to give them an economic return”.

The report estimates that 25% of undergraduates will not earn enough over their lifetime to justify the cost of their study to the government – in terms of their contributions to the public purse through tax and student loan payments – and that for 18% of students, the cost of a degree cannot be justified in terms of the financial benefit to themselves.

These findings received widespread media coverage, with the Daily Mail saying that one in four students were on “Mickey Mouse” courses.

But many people in the arts and higher education sectors criticised the report’s approach, with some pointing out that it did not take into account the economic benefits of the creative sector to the UK economy.

James Seymour, Director of Admissions at the University of Buckingham, tweeted: “So arts degrees are worthless but the UK cleans up at the Golden Globes and our creative arts, film and media are the envy of the world...”

Jonathan Woodhead, a policy adviser at Birkbeck, University of London, wrote in a blog for the Higher Education Policy Institute that Onward’s analysis was “a little bit confused”.

He argued that the inability of many graduates to pay back loans was down to several factors, saying “many students study ‘passion courses’ such as photography, fine art or dance – because they enjoy it and some may even be good at it and not because they have a sudden wish to go into merchant banking.”

Woodhead added that “one of the major flaws with restricting funding to subjects such as creative arts (although others are mentioned too) is that it counters the market view and consumer choice which has hitherto been central to higher education thinking. Can you have a thousand flowers bloom but only that they grow in a certain part of the garden?”

The Onward report acknowledges that “earning a living is not the only reason people study. Of course, education has a value in its own right. There will always be people studying things that are beautiful or important in ways that don’t add to GDP. But for most people, study is a route to a job, a career, a better income.”

The report stresses that reducing student numbers in subjects leading to low salaries “does not mean ending all degrees in these fields”, saying that “creative arts courses at universities such as Bristol, Oxford, and Bournemouth offer good prospects”.

The authors add that “the focus should be on ensuring that there is a sufficient case for investment by government, and that graduates are receiving a return on their investment.”

This is absolutely ludricous!!! Theatre productions encourage a growth industry in UK tourism and yet this hostile Government, which supposedly supports free trade, is encouraging this. What a liberty.
The Onward report states that "There will always be people studying things that are beautiful or important in ways that don’t add to GDP. But for most people, study is a route to a job, a career, a better income.” I imagine it is the case that many people study for the sake of a job, a career and better income, but if that is the purpose of education it is a relatively new one. And if "most" students and administrators have been sold on this ideal then that needs to be explained. Once upon a time an education was focused on helping individuals rise to their potential and become well rounded and thoughtful human beings. This required exposure to many fields, not all of them factoring in some calculus of employment utility. Schools then produced citizens of the commonwealth, whereas now they seem to only aim at producing cogs in the marketplace machine. And the resulting human beings are not, perhaps, what they once were. Maybe they simply have more work to do on their own... We may have slaked the thirst for employment and job security but have utterly failed to nourish and nurture the human soul. It used to be part of an education if not its purpose. Where did that grand mission disappear to? Where did it falter? At what cost do we abandon it? When I was leaving school, before I had decided to commit to studies for a PhD, I understood that part of my purpose in being educated was to become exposed to as many interests as might help construct the meaning of my life. As far as those might translate to an eventual job I also understood that I would have many jobs in my life, and that staking my entire education on somehow getting that right in the first few tries was both preposterous and potentially self defeating. I could pick an area of study and make that my life's work, but at what cost? Would such a commitment suffer a change of my mind, get left behind by a growth in my interests, a loss of faith with that particular course of study? Asking a young 20 something to plan out their lifetime of employment verges on the absurd if not merely stupid. Is the track of today's education something purposely feeble? There is a story of a person visiting a town in Medieval France who runs across several workers. He asks the first what they are doing and the reply is "Earning a wage." That person is just trying to put food on the table, and it doesn't matter much how. The next person is asked and responds "Laying bricks." He has a job, in other words. Tomorrow or the next week it might be milking cows. The next person is asked and replies "Building a wall." He has a career, you see, and has mastered the skills necessary for continued employment here and in other places. Building walls is what he does. The last person doing the same work is asked and says "I am building Chartres Cathedral." That is, there is a purpose bigger than himself that he undertakes for more than merely his own good or economic utility. My fear is that schools have become businesses churning out employable young adults, deficient in most other respects. At least we don't seem to care enough whether that might be the case or whether it is part of the job of an education to make that difference. If the focus is solely on jobs, careers, and employment who is going to dream of Cathedrals? Most people perhaps never find what they were meant to do, but you will almost never find it if you are stuck plowing the same field simply because it was your only training. A choice we may have made in our teens, even. Many of us just settle for doing what we are good at, and if you have spent enough time doing it you ought to be good at whatever it was. But you never have to like it, and by now you might not be able to change it. You education was a sabotaging of your future potential. A sham. Our dreams can be crushed that easily by the single mistake of making a career commitment before we truly knew about the world and what in might hold for us. We teach ourselves to aspire by witnessing the amazing diversity that is the human potential. It seems an odd thing to call 'education' that which crushes out the last vestiges of human dreams....