Younis leaves Southbank Centre after less than a year

The venue’s Creative Director has been outspoken on diversity in the sector, warning of the risk of “cultural apartheid”. 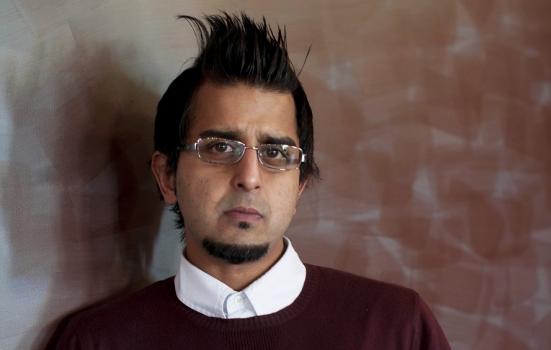 Madani Younis has stepped down as Creative Director of London’s Southbank Centre after less than a year in the role.

The arts venue announced that he had resigned and would leave the organisation in December.

Younis said in a statement released by Southbank Centre that he had decided to pursue “other creative interests in the coming months”.

He joined Southbank in January this year from the Bush Theatre in west London, where he was Chief Executive and Artistic Director. He was credited with tripling the audience capacity of the theatre, which underwent a one-year development project in 2016, and increasing the diversity of both audiences and creative talent.

Younis said in 2015 that it was his mission at the Bush “to fuck up culture in order that we can reveal our true humanity to one another”.

READ MORE:
* Editor's comment: Is diverse leadership really welcome in the arts?
* Southbank Creative Director warns of 'cultural apartheid' risk
* Everyone welcome - of all faiths and none

He has been outspoken on the issue of diversity in the sector. Earlier this year, he warned of the risk of “cultural apartheid” in public organisations unless there was structural change.

He suggested that linking funding for the arts and cultural activities to demographics could help address issues of access and paternalism.

“Institutions that have historically not given a shit are saying, ‘We’re going to start caring’,” Younis said in a panel discussion at the British Library about democratising knowledge. “That’s really great but not only have those ideas been co-opted, the pace of change is being determined by those institutions.”

Since joining Southbank, Younis has overseen projects including the outdoor summer programme which celebrated LGBTQ+ artists.

A major project celebrating the diverse communities of South London, London is Love, which features the work of photographer Liz Johnson Artur, forms part of the upcoming winter programme.

Southbank Centre said that Younis had also already put in place plans for several key events, yet to be announced, in the 2020 artistic programme.

Elaine Bedell, Chief Executive of Southbank Centre, said: “We have enjoyed working with Madani and he has made a significant and positive contribution to discussions about our future creative direction. We wish him well for the future.”

A spokeswoman for the venue said the organisation was taking time to consider how to replace Younis.

Until a successor is recruited, his responsibility for programming will be taken up by Ted Hodgkinson, Southbank’s head of literature and spoken word, and Wendy Martin, who was the organisation’s Head of Performance and Dance between 2011 and 2015 and will return as Consultant Associate, Performance and Dance.

Hodgkinson is currently on paternity leave and will return to work next month. Bea Colley, Acting Senior Programmer, Literature and Spoken Word, has stepped up in his absence.

Younis said: “I am pleased to have been able to set in motion a number of creative projects with the help of the talented team around me during my time with Southbank Centre. I have decided however that I want to pursue other creative interests in the coming months. My thanks go to Southbank Centre's Board of Governors and staff.”