Madani Younis said "institutions that have historically not given a shit are saying 'we’re going to start caring'", but called for a faster pace of change. 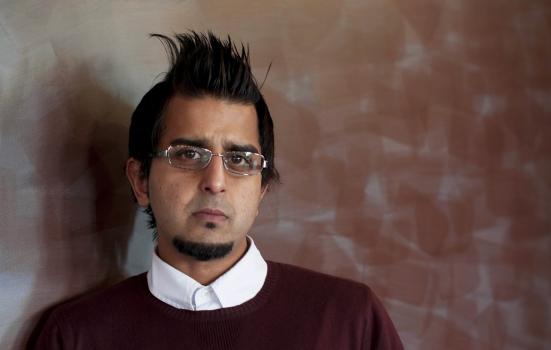 Madanis Younis has warned that minority views are being co-opted by institutions
Photo:

Linking funding for arts and cultural activities to demographics could help address issues of access and paternalism in the sector, the Southbank Centre’s Creative Director has said.

Speaking in a panel discussion about democratising knowledge at London’s British Library this week, Madani Younis said ideas that were once considered peripheral to culture were slowly breaking into a “privileged vacuum” as the number of Black, Asian and ethnic minority (BAME) cultural workers in London grows. But he said structural change was needed in order to speed up the process.

“Institutions that have historically not given a shit are saying ‘we’re going to start caring’,” said Younis. “That’s really great but not only have those ideas been co-opted, the pace of change is being determined by those institutions.”

BAME workers make up 18% of the city’s creative industries, according to a 2018 Workforce Analysis by Creative & Cultural Skills.

“Can you imagine a vision of the world in which we can link public funding to demographics? This room could look a little bit different if we did that,” said Younis.

“If we are all willing to sacrifice ... then we can move forward in the conversation.”

With BAME people making up a large proportion of London’s population – 40% in the last census in 2011 – he said there was a risk of “cultural apartheid” in public institutions without change.

But he argued that progress would need to involve handing more power to communities. In areas like London, “it’s not the policy that creates the places we love – it comes from the communities”, said Younis.

“For so long culture, academia, the way that we think has been about how we do unto others,” said Younis.

“How are publicly-funded buildings publicly accountable? At the moment that relationship, that framework doesn’t exist in a meaningful way.”

Younis also said institutions should be wary of the de-politicisation of knowledge, saying there was a “misnomer” that “we’re all in this together”.

“We live in an age where radical ideas that are being presented have had their edges smoothed,” he continued. “When is the last time anyone in this room disagreed with a TED Talk? ... It’s a way of being that I think we should be more mindful of. What sources are we investing in that are challenging our thinking?”

Fellow panellist Sunetra Gupta, a Professor of Theoretical Epidemiology at the University of Oxford, said consensus – a practice grounded in individuality – has been detrimental to academia. Gupta said in her view “the way forward is to revive communitarianism”, referencing an ideology that emphasises the links between individuals and communities.

Attendees at the conference, held by the Knowledge Quarter initiative, also heard that failing to pay meaningful attention to citizens’ views could deepen a crisis of faith in democracy.

DCMS’ Head of Community Action Miriam Levin said the department is trialling citizens’ assemblies – where the power to make recommendations is given to a demographically representative sample of about 50 people – as a way of “putting trust back into the system” of local government.

She argued this approach was “not like your typical focus group or your box-ticking consultation that we’re probably all guilty of at one point or another”.

Levin pointed to the recent use of citizen’s assemblies in Ireland to probe public sentiment about abortion as an example of their potential. But she warned that for them to be effective, authorities needed to take them seriously: “If you don’t, you are going to do something even worse than asking the question in the first place.”

She also acknowledged that local authorities are not bound by the recommendations they receive from the assemblies, so long as they consider them and explain instances when they won’t adopt them.

The Knowledge Quarter is a partnership of more than 100 academic, cultural, scientific, media and research organisations within a one-mile radius of the King’s Cross, Bloomsbury and Euston areas of London.

“For me the real innovation happens when the sectors meet. The more disparate the worlds, the deeper the connection.”

Membership fees are based on the number of employees an organisation has. Charities receive a 25% discount and community groups and schools pay only 50%.