Is diverse leadership really welcome in the arts? 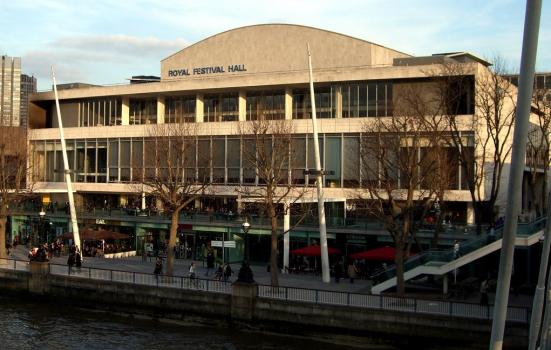 Another firebrand appointment leaves a leading venue, with speculation filling the scorched earth left behind. It’s not entirely unusual in the arts or other sectors. But this appointment, and its sudden demise, matters more than most. Madani Younis’ exit from Southbank Centre, one of the UK’s top 10 publicly funded arts venues, illustrates an ugly truth about the sector that we need to address.

Anyone who’s heard Madani speak, or had a look at his programme of work from his time at the Bush Theatre, will instantly discern a compellingly creative talent who brings his lived experience and understanding of non-mainstream perspectives into all he does. An inclusive, creative force of nature, his energy and passion are exciting, and challenging. At a recent event I observed more than one listener gripping their arm rests as though buckling in for a fairground ride, knuckles getting more taut with each provocation tossed out by Younis. Afterwards I tested the reaction of audience members, a couple of whom commented cautiously on the ‘strong flavour’ of his speech. Those are my words: the words used by the speakers, both supporters and cautious dissenters, were ‘radical’ and ‘revolutionary’.

Madani Younis has never hidden these radical, revolutionary qualities. Joining Southbank Centre made him the most senior non-white creative lead in the UK, in the UK’s leading multi-arts space. As the child of immigrant Asian and Caribbean parents, he brought with him a multi-layered understanding of class, race and activism. But more than that, he brought with him exactly what Arts Council England Chair Sir Nicholas Serota welcomed when Younis’ appointment was announced. Serota said “I have no doubt that he will bring an energy and vision which will seek to both embrace old audiences and reach out to new ones”.

Younis knows how to make great theatre, and he knows how to make exciting arts spaces: at the Bush he raised and delivered on a £4.3m renovation budget, turning a neglected theatre above a library into an award-winning platform for new writers, with truly inclusive programming that’s winning both local and international attention.

But… when he joined Southbank Centre he wasn’t made Artistic Director, like his predecessor Jude Kelly. The venue was keen to stress that he was Creative Director, an entirely new role and part of the creative leadership team working alongside Ralph Rugoff and Gillian Moore.

Southbank has one of the most clearly articulated statements of its values, which talks of “taking responsibility for our risks”, and showing “a spirited commitment to what we stand for”. Words which sound hollow if, within a year, they’ve failed to find a positive way forward with such a vocal, and successful, champion of exciting, inclusive creative gold.

But this is not just about Southbank Centre: it’s illustrative of a much wider picture. It’s significant that none of the other top 10 publicly funded arts organisations have any diversity of leadership comparable to the role Younis had at Southbank. It seems as though it’s still too much of a stretch for many for our leading arts organisations to have diverse leadership. It seems that diverse leaders have to tread a delicate line between championing change and not upsetting the mainstream in the process. Is this even possible?

In 2017 Younis said in an interview with The Guardian: “I get invited to give various speeches at various things, and I was invited to give a speech to a group of marketing executives. I’m met by a room of 99% white men and women. This idea of how do we diversify our audiences came up. I’m like, surely the first question you should begin with is: ‘How do we diversify our teams?’”

For some time now, diverse staff working in larger publicly funded arts organisations, and in particular those producing work that is aimed at the mainstream, have debated how to help their organisations see that their value is not as ‘the representative of disabled audiences’ or ‘the font of expertise on all trans issues’. It cannot rest on individuals to bring others into the light of inclusion.

For those with intersectional lived experience, who struggle to see leaders they can identify with in the sector, Younis’ resignation speaks far more loudly than all the conversations about wanting to champion inclusion and embrace difference. It suggests that ‘difference’ is only acceptable as part of the mix: kept in an area called ‘alternative’, peripheral and fringe rather than part of the mainstream of opinion and perspective.

Younis’ departure has just made the cracks a lot more visible in our collective desire to make the arts accessible to all.