Two-thirds of ticket sales turned into donations or credit 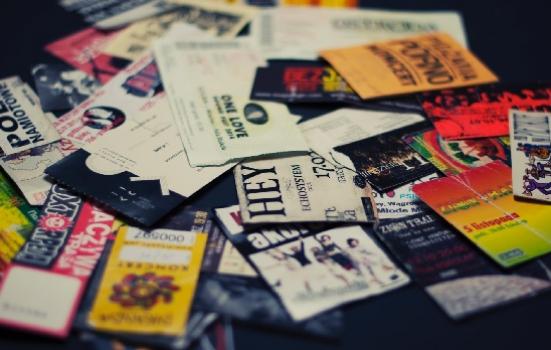 "One in every five pounds is being rescued"

Two-thirds of customers are donating or crediting the value of tickets for events cancelled by the coronavirus outbreak, data from ticketing company Spektrix reveals.

A week after launching a ticket converter tool, Spektrix says nearly 22,500 customers (67%) have turned their tickets for arts and cultural events into credit with the host organisation or a donation. Those who donate are giving £32.18 on average, representing 20% of the total value of tickets: “one in every five pounds is being rescued,” Client Insight Manager Sarah Frost says.

While a third of customers opt for a full refund, 60% of the value of tickets is staying with arts organisations, Spektrix says.

A similar tool developed by Ticketsolve has encouraged 29.7% of customers to donate the cost of their tickets and 22.6% to turn them into vouchers (52% total). “These stats … are showing that audience members are generous and understanding during these uncertain times,” the company says.

A Spektrix spokesperson commented that “it’s really reassuring to know that customers are responding to these asks and they want to support the organisations they frequent”.

“However long this goes on for, it doesn’t mean no revenue, even if you have no shows going on. Audiences do want you to survive.”

Stressing that they are still receiving donations and credit, Fadden said larger commercial venues “are not going to see the same returns … and that’s understandable”.

“It does come down to a lot in terms of your loyalty and what you’re going to do.

“If you have a customer base with a lot of repeat customers, you will see that coming back to you.”

Frost at Spektrix says organisations’ business models have an impact; for example, those that are used to fundraising seem to do better.

“Where there’s less money going to credit, it’s because those options are being offered to the customers, because those are the ways that the organisations operate.”

Ticketholders donated more than £500 to Lighthouse, Poole’s Centre for the Arts, in just two days.

Chief Executive Elspeth McBain says she has been “genuinely humbled by people’s goodwill” since the organisation closed its doors last Tuesday - staff members were moved to tears when phoning ticketholders.

Lighthouse is now using a ticket converter to speed up the process. “You fear that as time moves on from the initial decision to close, we may have seen fewer donations coming in,” Fundraising Manager Tom Shallaker said.

Laura Scobie, Box Office Administrator at The Old Market Theatre in Brighton said using a ticket converter “gives us hope and security,” while Ipswich Regent Theatre and Corn Exchange Finance Manager Peter Ling said it helps “fulfil the  expectations of our audience members and minimise the impact of cancellations and postponements for our customers and staff”.

Frost says it’s important to be proactively asking: “you have a potential donor base available to you that you are already in touch with”.

“These are quite different from normal fundraising campaigns where you have a certain appeal. People are already expecting to get those [costs] back and expecting communications from the venue,” she says.

“If you’re not asking at that point, retrospective fundraising is going to be difficult.”

But the appeal must be communicated in a sensitive way.

Ticketsolve says its clients are taking a “no pressure approach”.

“With this … audience members do not feel uncomfortable if they are not in a position to donate to the full amount of their original tickets.”

Is there any evidence/data of buyers responding similarly for festivals, where a ticket covers multiple events and in some cases costs a few hundred pounds?

Wednesday, 22 September 2021
Firstsite Colchester has won £100,000 and the title of Art Fund Museum of the Year 2021. The art gallery, which celebrates its 10th birthday this month, has transformed since losing its National... read more