Surveys say 70% fear they can't pay the bills, 60% expect their income to halve and 50% have lost all their scheduled work. 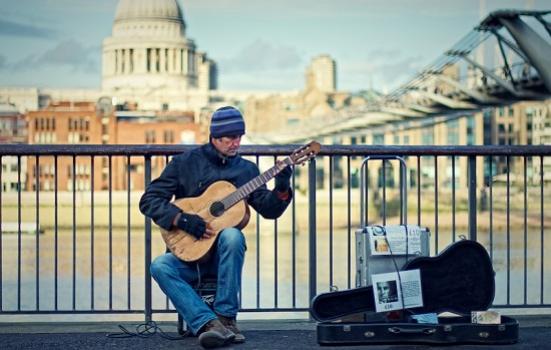 The pressure campaign to introduce income protections for freelancers is building, with more than 30 trade and membership bodies urging equal support for the self-employed.

Creative professionals called for a "time-limited and carefully targeted" income protection fund for freelance workers ahead of additional employment support measures being announced on Friday 21 March. But hopes of support for self-employed workers were dashed as Chancellor Rishi Sunak said the Government would pay employers up to 80% of wages for workers at risk of redundancy because of the coronavirus.

The Creative Industries Federation (CIF) is among the coalition of sector organisations now lobbying for Sunak to introduce a fund that provides all self-employed workers with a monthly income matching their average earnings over the past three years. They say payments should reflect the Real Living Wage of £1100 per month and be capped at the average UK earnings after tax - about £1800 per month.

A petition launched by CIF and the Association of Independent Professionals and the Self Employed (IPSE) had more than 100,000 signatures on Monday morning.

"Freelancers will not just lose income while they are ill or self-isolating: many are also losing work and contracts over the coming months," the petition says.

"The Budget measures give some support, but not enough."

The CIF says the Government's focus on providing support via employers has created "a worrying inequity between those who now have their income secured and the UK’s five million self-employed workers who are left despondent". Up to a third of creative industries workers are self-employed.

CEO Caroline Norbury said that workforce is "a source of incredible creativity, agility, and innovation".

"It is vital that they receive support equal to employees and collectively explore, given this difficult time, how such talent could be employed and redeployed to help the national effort."

While employees can claim 80% of their monthly salary up to £2500, self-employed workers are only for support via Universal Credit. This means an employee on £30,000 salary will receive at least £24,000 but a self-employed person with the same annual income can only claim up to £4800.

Entertainers' union Bectu is also fighting for freelancers: "These people have literally seen their income stream disappear in the space of a few days," union Head Philipa Childs said.

A survey of 5,600 Bectu members revealed 71% of freelancers fear they won't be able to pay their bills as they lose work.

Nearly 3000 respondents (46%) had already lost money because of the coronavirus clampdown by 16 March - before widespread social distancing had been recommended.

"Just like those who are employed and receive salaries, freelancers also have families to feed and must pay the bills to keep a roof over their heads," Childs said.

"The Government can’t ignore them any longer."

A separate survey of freelancers conducted by CIF found more than 50% of had already lost all their planned work. Additonally, 60% of creative freelancers predict their income will more than halve in 2020, the federation reports.

The Royal Society of the Arts' latest economic survey, conducted before the coronavirus outbreak, found half of self-employed workers felt they would need to continue working even if they fell ill.