Some UK arts organisations have used the Covid crisis to "dramatically increase" income from donations, but the overall picture remains grim. 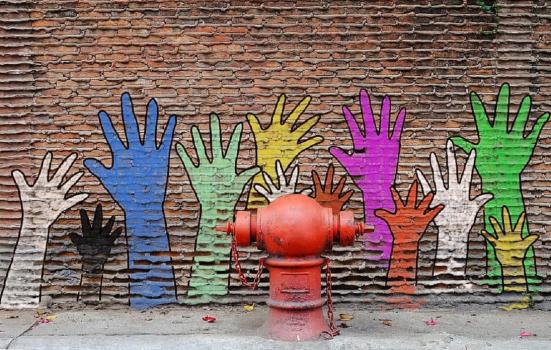 Some UK arts organisations are growing their donated income, but other research suggests audiences don't want to be hit up for cash

Customer loyalty will be key to maintaining income from donations as uncertainty over the long-term impact of the coronavirus continues, a new survey suggests.

Management consultants TRG Arts and arts data specialists Purple Seven compared donated income at 39 non-profit venues in the UK in 2019 and the first six months of 2020. While donated income overall fell by 12%, half of these organisations have actually increased the value of the gifts they received this year.

Despite widespread initiatives to convert cancelled tickets to donations "there has been no aggregate growth in donations in 2020," the survey found.

However, the financial situation for arts organisations might be worse if it not for efforts to do so, it said.

The survey found that giving was more pronounced for organisations that generally receive less in donations: "Some individual organisations, particularly organisations with a lower initial level of contributed income, have seen substantial increases in the value of gifts."

Purple Seven CEO Stuart Nicolle said it was "encouraging to see that some UK-based organisations have used the crisis to dramatically increase the volume and value of gifts generated from their patrons".

"To flourish in the future, organisations will need to work hard to ensure this is not a one-off gesture of goodwill but the first step towards growing a more loyal audience that engages both through ticket buying and philanthropy.”

UK organisations in the survey have sold nearly 4.6m tickets so far this year, generating just under £95m in box office revenue and £8.8m in donations.

Two-thirds of the gifts below £80k came from 'active' and 'super active' patrons of those venues.

The survey report concluded: "Is new philanthropic income from individuals replacing lost ticket income? ... On a macro level, no.

"While it is technically impossible to track the conversion of refunded tickets to gifts, it seems likely that a proportion of the growth in gifts from ‘super active’ customers is from converted box office income.

"Without these loyal customers, it is likely that levels of giving would have been even lower."

Though the survey only covered a small number of UK organisations, it did consider philanthropic patterns at 69 American arts venues.

The authors said this highlighted just how far behind America most UK organisations are when it comes to attracting donations: 53% of American organisations in the research generated more income from donations than ticket sales in 2019, compared to 3% of UK venues.

US arts organisations also lost donations in 2020, but only 2% compared to the 12% drop among UK-based venues.

A separate study by arts and culture marketing agency Crystallised supports TRG Arts and Purple Seven's findings around customer loyalty, concluding that "it's more important than ever to listen to and stay connected with your audiences".

Its survey of 1092 individuals found that 77% want arts organisations to "talk about how they are being helpful in the new everyday life".

69% said they want to understand how cultural organisations are supporting their communities, staff and artists at this time - up from 41% at the end of March.

But while ever more people express interest in returning to arts venues, Crystallised cautioned that just 29% of its survey participants said they would be happy to receive fundraising asks from art and culture organisations during this time.

"Be mindful in deciding when and how this happens," its report said.

"Audiences are telling us they want to trust they will be safe; they want to see how you are trying to mitigate risk for them.

"Keep this at the heart of your communications, keep it simple, open and warm."